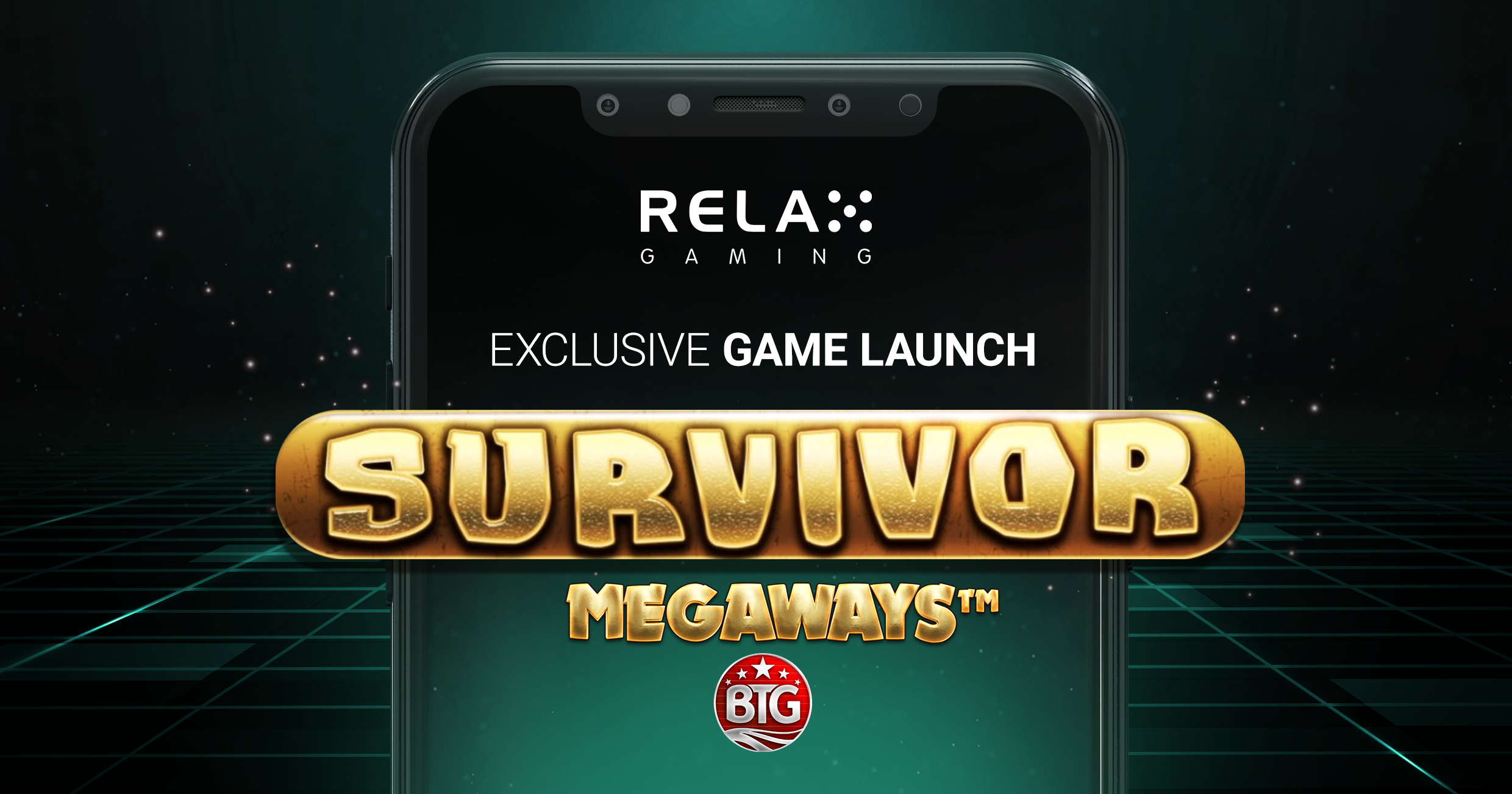 Published with the permission of BTG.

New from Big Time Gaming comes Survivor, a game that leverages the excitement of the international television franchise of the same name and offers a unique twist on the wildly popular Megaways™ mechanic.

The game is due to debut exclusively at Leo Vegas via the Relax Gaming Network before being unleashed on the SG Digital network four weeks later.

Slots streaming sensation Kim Hultman (LetsGiveItASpin on Twitch) will play the game first and stream his session to his 25,000+ Twitch followers.

Two tribes battle it out on a remote tropical island, and our intrepid contestants populate the reels, but can you outwit, outlast and outplay the game?

With BTG’s acclaimed Megaways™ random reel-modifier mechanic, the number of winning paylines changes at every spin. And when the action really heats up, you can play on 100,842 Megaways™ possible paylines.

But Survivor doubles the excitement with the Dual Reaction™ mechanic that splits the main reels in two.

BTG believe this makes Survivor one of the most sophisticated and exciting games in the online casino space -- and pre-launch reviewers appear to agree. The game garnered a whopping 94% rating from Big Win Board.

And with loads of free spins and Wild Multipliers that can multiply each other, there are some truly astounding wins up for grabs in this volatile and endlessly engaging slot.

Survivor builds on the success of previous BTG smash hits like Lil Devil, Bonanza, and Danger: High Voltage, but if you’re going to take one game to a desert island, make sure it’s this one.

BTG CEO Nick Robinson said: “Survivor is easy to play with a simple learning curve to suit all player types, but its dynamic new features make it one of the most sophisticated games around. Fans of the Megaways™ are in for a real treat and small bettors will love the minimum 20p stake.”

“The launch of Survivor Megaways™ marks another milestone in our longstanding collaboration with both BTG and LeoVegas and we have every confidence that this will be a widely successful game release that unlocks further potential in our partnerships.”

James Ford at LeoVegas said: “Reviewers are creating a lot of hype around this game and so LeoVegas is thrilled to have limited exclusivity on this one. We feel privileged to have such a strong relationship with Relax Gaming and BTG, which is one of the most exciting developers currently working in the online gaming space.”

CasinoGrounds.com co-founder and also Twitch and YouTube streamer Kim “LetsGiveItASpin” Hultman said: “I am really excited to play Survivor for the first time. The TV show is an iconic “must watch” event and I am confident that our YouTube and Twitch community are really going to enjoy this latest game from Big Time Gaming team.”