Blast off for epic wins in BTG’s latest slot launch, The Final CountdownTM 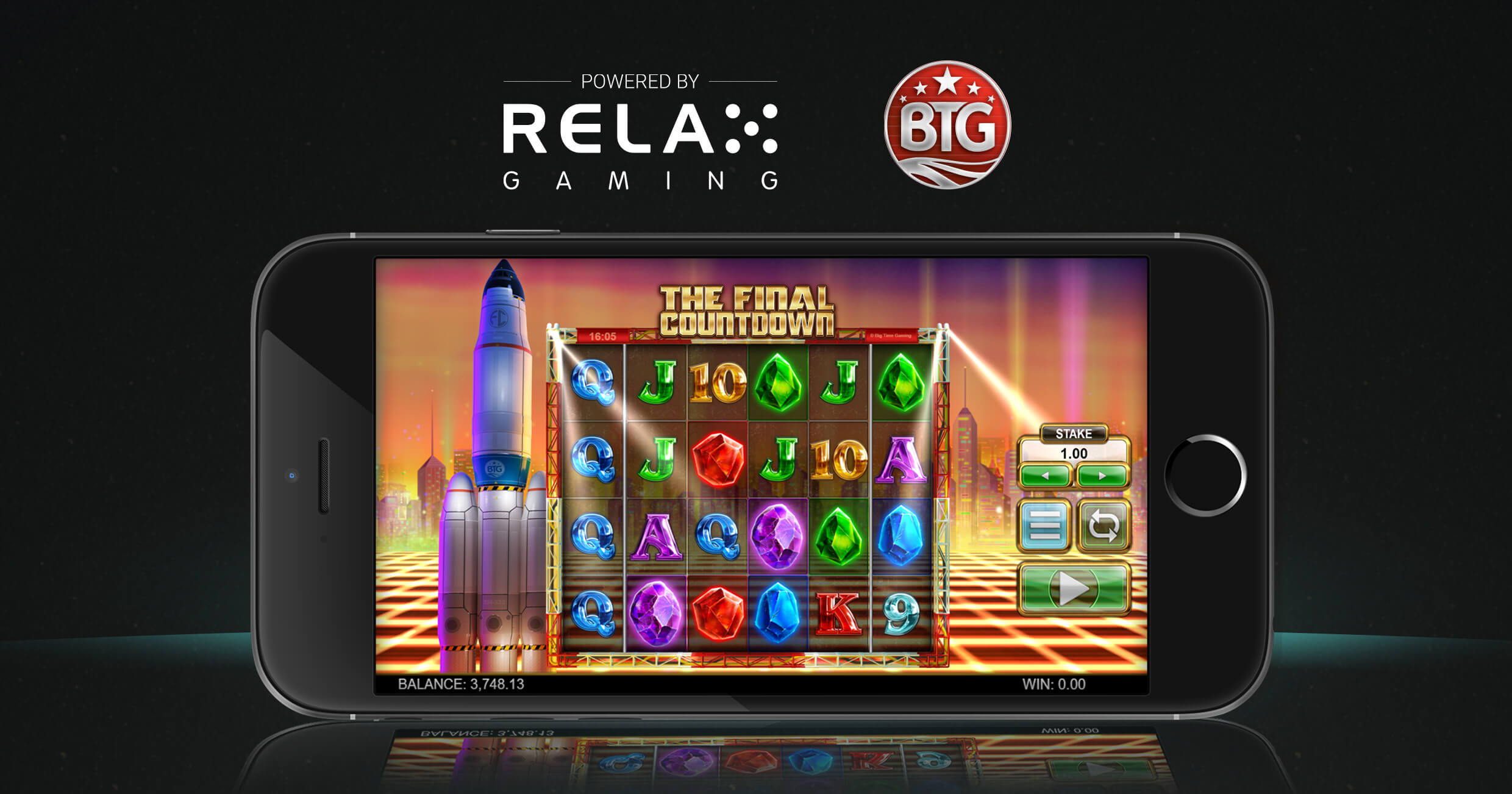 Big Time Gaming (BTG) is blasting players into the mega wins stratosphere with the explosive launch of its latest musical masterpiece slot, The Final CountdownTM.

The game combines the song of the same name with an intergalactic theme and an entirely new volatility feature to deliver an out-of-this-world slot that is light-years ahead of other providers.

The Final Countdown will be distributed to operators in markets around the world by partners Relax Gaming and Scientific Games.

On entering the game, players are met by two astronauts, Vegas and Venus, who are there to help them jump on board The Final Countdown and blast off into space and on to an intergalactic fortune.

The base game has Cloning Reels and massive Wilds that are injected into the reels as the clones expand to deliver a galaxy of big wins. The Cloning Reels can also drop a full complement of Scatters to trigger the feature.

With three or more Scatters in place, the game ignites its rockets and really takes off. Players are given the choice of which feature to launch – The Countdown or Heading for Venus.

The Countdown feature also allows players to level up and increase the volatility of the game. In total, there are three levels to clear. Other game features include a Cliff Hanging feature where the last spin can always lead to a full retrigger.

As you would expect from Big Time Gaming, The Final CountdownTM boasts stunning artwork and illustrations, beautifully crafted symbols and, of course, a powerful, nostalgic soundtrack that really brings the game to life.

Nik Robinson, CEO of Big Time Gaming, said: “The Final Countdown is going to be a big one. It’s going to punch a hole in the sky as players launch towards planet big win with those iconic keyboard notes blasting away in the background.

“The Big Time Gaming team has done a phenomenal job with this slot and it really is truly remarkable. The strength of the tune combined with the incredible math and state of the art mechanics has resulted in a slot that is out of this world.”

Simon Hammon, Chief Product Officer at Relax Gaming, said: “BTG’s game launches are always accompanied by great anticipation and we are proud to be bringing The Final CountdownTM to players in partnership with Big Time Gaming.

“It is a game packed with innovative features to keep players engaged over extended play sessions, uniquely based upon the classic hit song that is well-known and loved by all.”