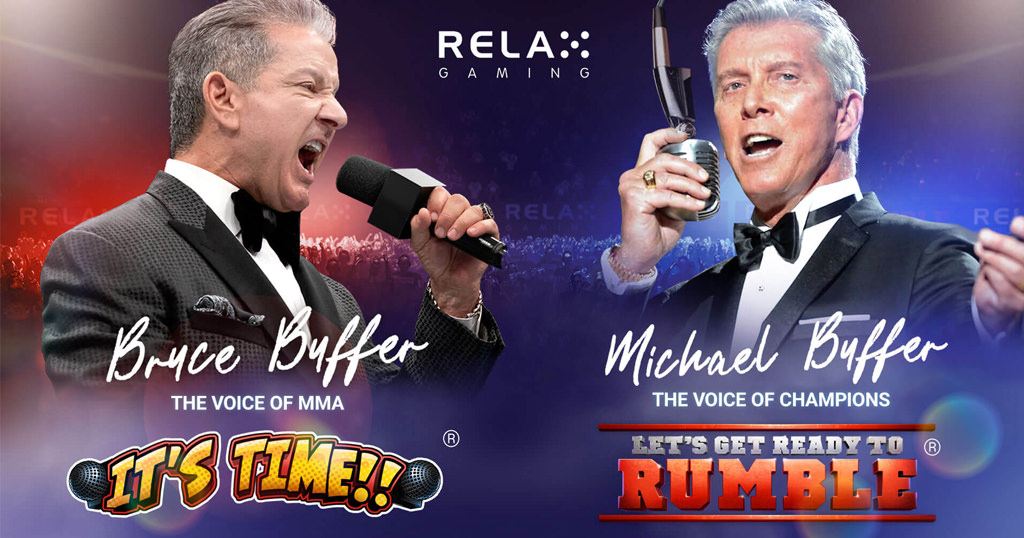 We’re thrilled to have today announced our latest disruptive marker with the unveiling of two new branded Boxing and Mixed Martial Arts (MMA) slot titles, Let’s Get Ready To Rumble® and It’s Time®.

The games will feature the likenesses and catchphrases from world-famous ring announcers Michael “The Voice Of Champions” Buffer and Bruce “The Voice Of MMA” Buffer.

Michael will lend his iconic delivery to Let’s Get Ready to Rumble®, while Bruce’s unmistakable delivery of MMA’s most recognisable phrase will feature in It’s Time®.

“As we continue to capitalise on our rapid growth and market presence it seems a natural step to get disruptive in the best possible way, with games that feature the most iconic announcers in sports. Both games will include diverse mechanics and design styles highlighting the versatility of the Relax Gaming offering.”

Bruce Buffer said: “My brother and I are thrilled to be entering the world of video slots with a team as professional as Relax Gaming. Its ability to capture the essence and exhilaration of fight night has resulted in a hugely entertaining project.

“Sports fans, especially those keen on Boxing and MMA, will have the opportunity to strive for greatness with two games that promise to deliver. To sports and gaming fans everywhere, we look forward to seeing you in the ring!”

﻿At Relax Gaming we’re pleased to now be offering over 570 games. We’ve continued to grow our global footprint significantly in recent months, agreeing over 50 commercial deals since late 2018 with many of the industry’s most recognisable names.