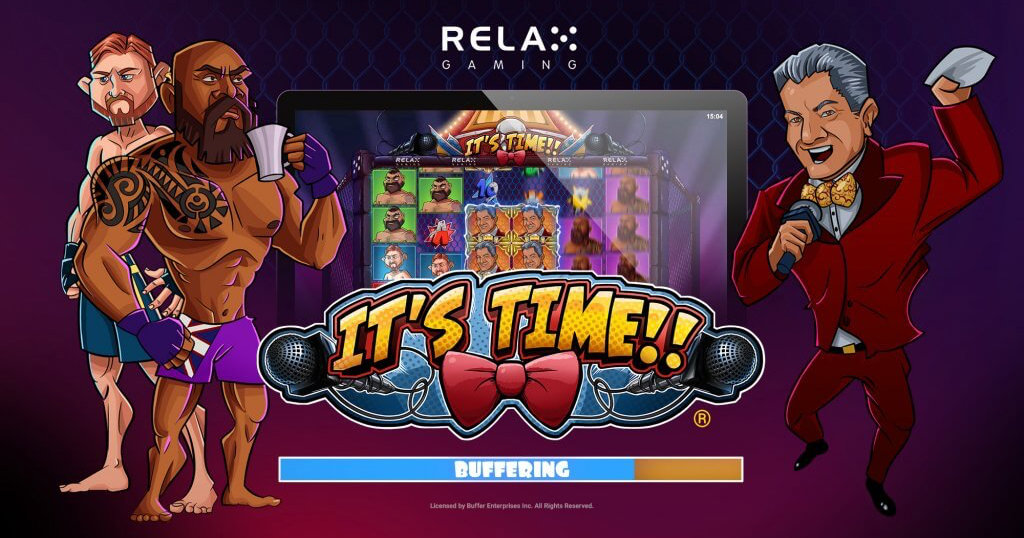 We are thrilled to announce that we have launched our second network branded game, IT’S TIME!!.

Created in association with Mixed Martial Arts commentator Bruce Buffer, the 6×4, high volatility title features the “Voice of MMA’s” legendary catchphrase “IT’S TIME!!” as players step into the octagon for a chance to win up to 2500x bet.

The 40 fixed-payline slot offers ample re-spins and huge win possibilities, with an action-packed line up of features, including an electric Hot Spot feature, exhilarating Fighter Bonus and prize-packed Buffer Bonus.

Players who pack a punch in the Fighter Bonus against the game’s four title hungry MMA fighters are awarded five re-spins, where all fighter symbols that land stick until the end of the bonus game.

Once the bonus is over, the fighter with the most symbols visible will win the fight and any losing symbols will be converted into winning ones, reaping big payouts.

Even more re-spins are on offer with the Bruce Bonus, triggered when a full stack of Bruce Buffer symbols land on reel 1 and reel 6, as new symbols stick and reset the ‘spins left’ count to three.

IT’S TIME!! completes our duo of the Buffer brother releases, following the successful launch of boxing themed title Let’s Get Ready To Rumble, based on the renowned announcement from Michael Buffer.

We have significantly boosted our online portfolio in recent months with exciting proprietary content, including instant top performers Temple Tumble and Money Train, as well as adding new slot titles from our ever-growing Silver Bullet and Powered By partnership studios.

“Let’s Get Ready To Rumble has already proved to be a smash hit, and the addition of IT’S TIME!! will continue to drive our portfolio’s strong performance with the same high quality of immersive gameplay, thrilling features and a unique theme that resonates with a variety of players.”

Relax Gaming has established itself as a go-to supplier, boasting a catalogue of over 570 games and achieving rapid expansion of its partnership network of industry leaders through the pioneering Powered By and Silver Bullet programmes.