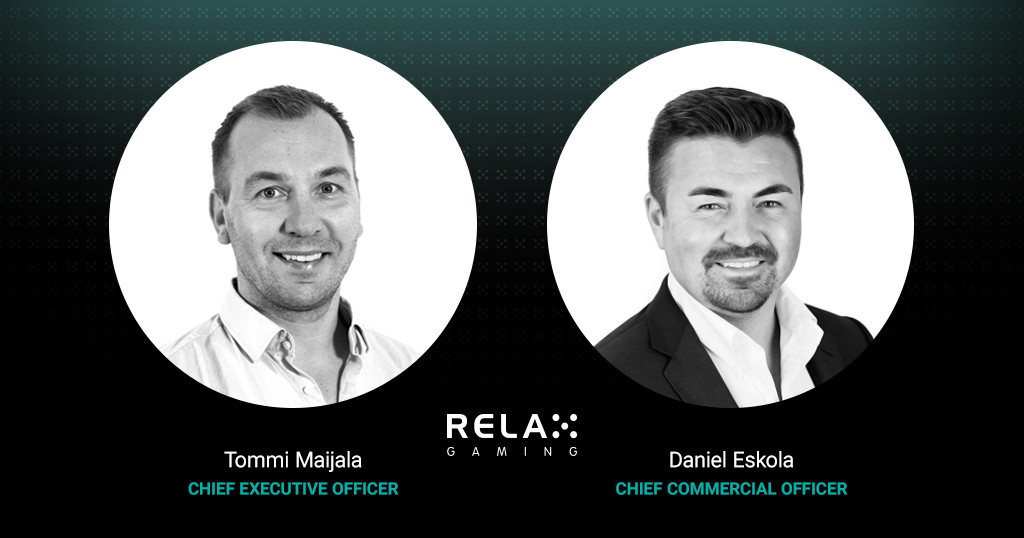 We're thrilled to announce that we have appointed Tommi Maijala as Chief Executive, with his predecessor Daniel Eskola stepping into a new role as Chief Commercial Officer.

Maijala brings strong experience from the online gambling industry through his roles as Director and CEO of the iGame Group, where he achieved outstanding success in growing the brand across Europe.

He became part of the Kindred Group when it acquired iGame in 2015 and was appointed the following December as Chief Commercial Officer Malta, leading the Group's operations in France, the UK and Australia.

Eskola, who has led Relax Gaming as Chief Executive for the last 18 months and overseen a period of significant growth, will direct the company’s commercial strategy in his new role as CCO, focussing on new market entries and securing bigger strategic partnerships.

The division of tasks between Maijala and Eskola will give multiple business areas more time and dedication on the executive management level, cementing Relax Gaming as a key supplier in the market.

Tommi Maijala, Chief Executive of Relax Gaming said: “Having followed Relax Gaming from day one, I am extremely honoured to join the team and continue to take the company to new heights alongside Daniel.

“Relax Gaming has been on a fantastic journey since 2010, growing significantly in the last two years in terms of product, offices, talent and market visibility. It’s great to be a part of such a promising future.”

Daniel Eskola, CCO of Relax Gaming said: “I’m very excited to dedicate more time to scale our business as CCO and lend more support to the already great work our commercial team has delivered in the last 18 months.

“Tommi is a highly respected individual in the industry and I look forward to working with him to realise the untapped commercial potential for Relax Gaming and unlock further growth as our product offering and reputation grows.”

Relax Gaming has rapidly established its online casino portfolio as a must-have for operators, providing partners with seamless access to over 650 quality games from the industry’s leading studios and its own talented in-house development team.