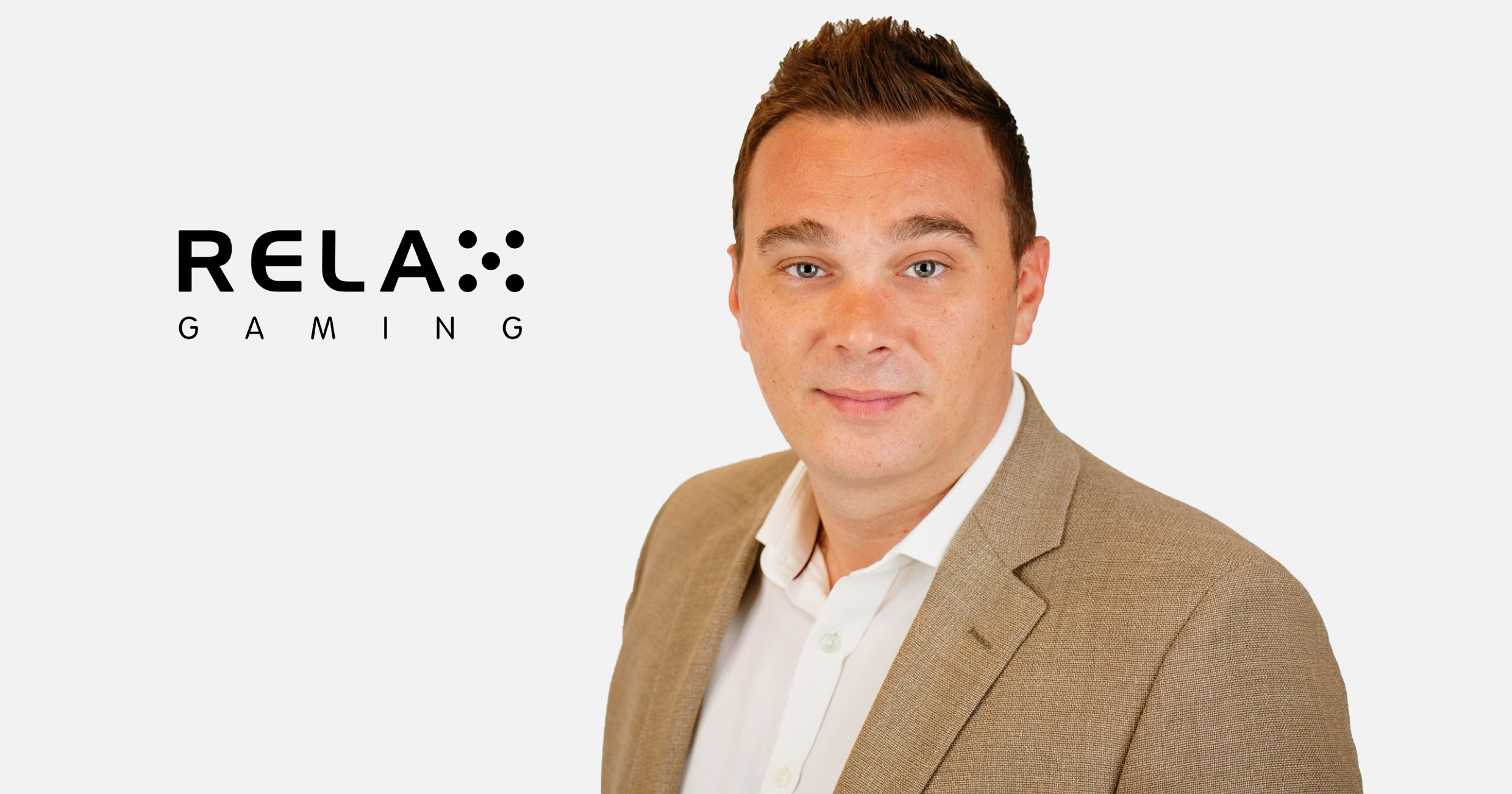 Published with the permission of https://www.topratedcasinos.co.uk/ .

You’ve just celebrated your 10 year anniversary. How do you look back on your growth since 2010 and where do you see the industry going in the next 10 years?

The past decade has been a fantastic journey for Relax Gaming as we have grown to become a powerhouse of content delivery, expanding into new product verticals such as poker, bingo and casino. In the last two years, we’ve put the pedal to the metal and achieved rapid growth in our casino and aggregation verticals, which have become our primary businesses. Relax has matured not only from a product perspective but also from a company, employee and brand one. What has remained consistent, however, is our long-standing commitment to the basics that have fueled our success: cutting-edge technology, fast delivery and fair business practice.

The industry is evolving quickly, both in terms of technology and regulation, having developed into an increasingly complex and diverse business environment. These developments require careful planning and navigation not only for Relax but also its partners. Now, more than ever, we see a desire and hunger in the sector to be more creative and innovative. It will be this drive that allows the industry to grow over the next 10 years, creating opportunities for new entrants.

Searches for online poker reached a five-year high last month according to trend data – what do you make of the recent ‘poker boom’ and are you taking steps to capitalise on it?

Poker has always been and will continue to be very close to our hearts. The Relax poker product proudly bucked the downward trend in the vertical and ushered in a new way to think about player engagement in the poker ecosystem. We are of course positively encouraged that poker as a product is starting to see a stronger upturn in player volumes – a shift that is not only good for the industry but also for player liquidity. Our expansion into France has been a significant step forward for the poker business and we are proud to be delivering above our expectations.

Temple Tumble is Relax’s most popular self-developed slot – why has it done so well?

Temple Tumble was one of the first proprietary slots launched by Relax studios and has become a favourite among slot players, only growing in popularity since its release. The slot is a Megaways™ game by definition but takes an entirely unique approach to the classic flow, offering fans of the mechanic something new and exciting.

The game is highly engaging, with each spin building excitement and offering a chain potential to trigger the Free Spins round. Its popularity is also a result of the choice of Free Spins options, which allow players to customise the volatility of that round to suit their playing style. The tangible winning opportunities available to the players have also contributed to Temple Tumble’s strong performance.

Which 2020 release has seen the most traction so far and why do you think that is?

Hellcatraz, our May release, has been one of our strongest performers yet, gaining instant popularity with players for several reasons. Firstly, the slot’s design immediately stands out, with 8bit-style graphics that are reminiscent of the classic computer games of the early 90s. The mechanics are also very unique, including blockers that offer large mystery-reveal potential. Combined with a key collection feature, the game offers great anticipation as well as the sense of achievement. Hellcatraz is highly volatile and can provide huge winning possibilities with the right combinations, particularly in Free Spins where the additional spin can prove to be extremely valuable to the player.

Which is your personal favourite Relax title and why?

Every game has its own energy and stirs a different kind of emotional connection. We are extremely proud of our early releases as they represent our first steps into making our own games, while others we love due to the mechanics or exciting gameplay. Titles like Let’s Get Ready to Rumble, one of our first branded games, is a favourite to some as it combines real green-screen elements and custom recordings, which were highly rewarding to see come together from a production point of view.

For me, Money Train takes the crown. Often when you build a game it brings enjoyment in many different forms. I could feel the potential of the game and bonus round in the very early development stages – even before we started working on the graphics. That is not something you come across often in game design.

Much of the digital world has been working from home since governments began introducing lockdowns – how has the team handled social distancing challenges over recent months?

Naturally any change of environment and set up requires adaptation. We are very pleased with how our staff adapted, and the professionalism, and delivery that came about as a result. As a team, we worked hard not only to ensure production and timelines were managed appropriately but also invested in keeping the sense of community alive within the company. All our managers and staff positively worked together to keep the Relax spirit even though we were apart, and I believe this is something for us to be very proud of.

You work with a range of game studio partners – what do you look for in a partner?

The industry is full of incredible game creators that are looking to get the visibility their content deserves. We’re always on the lookout for partners who can bring something new to the table or provide an interesting twist to traditional mechanics. The team gets really excited to collaborate with new studios that work in different markets, they’re always a great source of inspiration.

When it comes to our Silver Bullet partners, we really look for a partner that can showcase high potential and a willingness to grow alongside us. Relax loves to work with partners who have a true passion for the business and want to deliver high performance and quality.

How does your team work together to roll a new title out, from ideation to rolling them out to players?

The process is much longer than one might expect. For a game to reach the market it can take upwards of a year to develop from initial concepts, design and execution, to certification, marketing and its release. Teams collaborate naturally at different stages and junctions depending on the production flow, and we pride ourselves on having as much inclusivity in the early stages of development as possible. This ensures that we get as much lead time on creativity or ideas as possible.

As an industry, we have an obligation to protect vulnerable players, particularly during times of uncertainty – what steps do you take when it comes to responsible gambling?

As a supplier, we have somewhat different obligations and criteria based on the licence required for a specific market. As a B2B supplier, there are many things we need to do to ensure that we comply and support a fair and responsible gaming market. A lot of these considerations are taken into account when building a game, which is also then subject to heavy testing and certifications.

One area that sets us apart from the crowd is our support of fairness to players, in fact, we do not endorse the practice of variable RTPs. Several suppliers are offering games at multiple RTP levels, but this is not something that Relax believes in from an ethics, trust, enjoyment or delivery standpoint.

How do you see UK preferences for slot games comparing to other markets? What do Brits look for in a game?

Ultimately, a good game can and will perform in multiple territories, but each market does have small nuances. In the UK, player preferences are influenced by the market’s land-based experience and history. Many games that resonate with local players have a slightly different mechanical DNA that is rooted in a lower RTP in the Base Game and a heavier RTP in the feature set. UK players love in-game features and discovering new areas for winning possibilities, so feature-rich titles tend to perform well in the market.

Relax offers a range of Megaways slots, and their popularity in the UK has been growing. What makes this feature so appealing?

Megaways™ has been an industry phenomenon that has been growing and developing for the last few years, now becoming instantly recognisable to the player as a trust mark of enjoyability. In a sea of content, players want to try new games but also have the comfort of knowing they offer winning potential. Even if a new title is from a supplier brand that is unknown to the player, the addition of the Megaways™ mechanic instantly validates and brings a degree of trust.

As a mechanic, it offers a winning combination that extends beyond a traditional reel set configuration yet is simple enough for the player to follow.

Relax has also gained IP rights to another mechanic, Infinity Reels, what makes this feature special?

Infinity Reels is a great mechanic developed by ReelPlay. It enjoyed a widely successful launch and stood out amongst the thousands of mechanics on the market. We saw huge potential in its future application, not only capturing mass appeal among players but also offering partners a concept that they would be excited to create and iterate on. The feature is particularly interesting in that it expands beyond the normal construct of a reel configuration, offering the potential of a never-ending reel set. It is the uniqueness of this mechanic that makes it special and can be taken in many directions – literally.