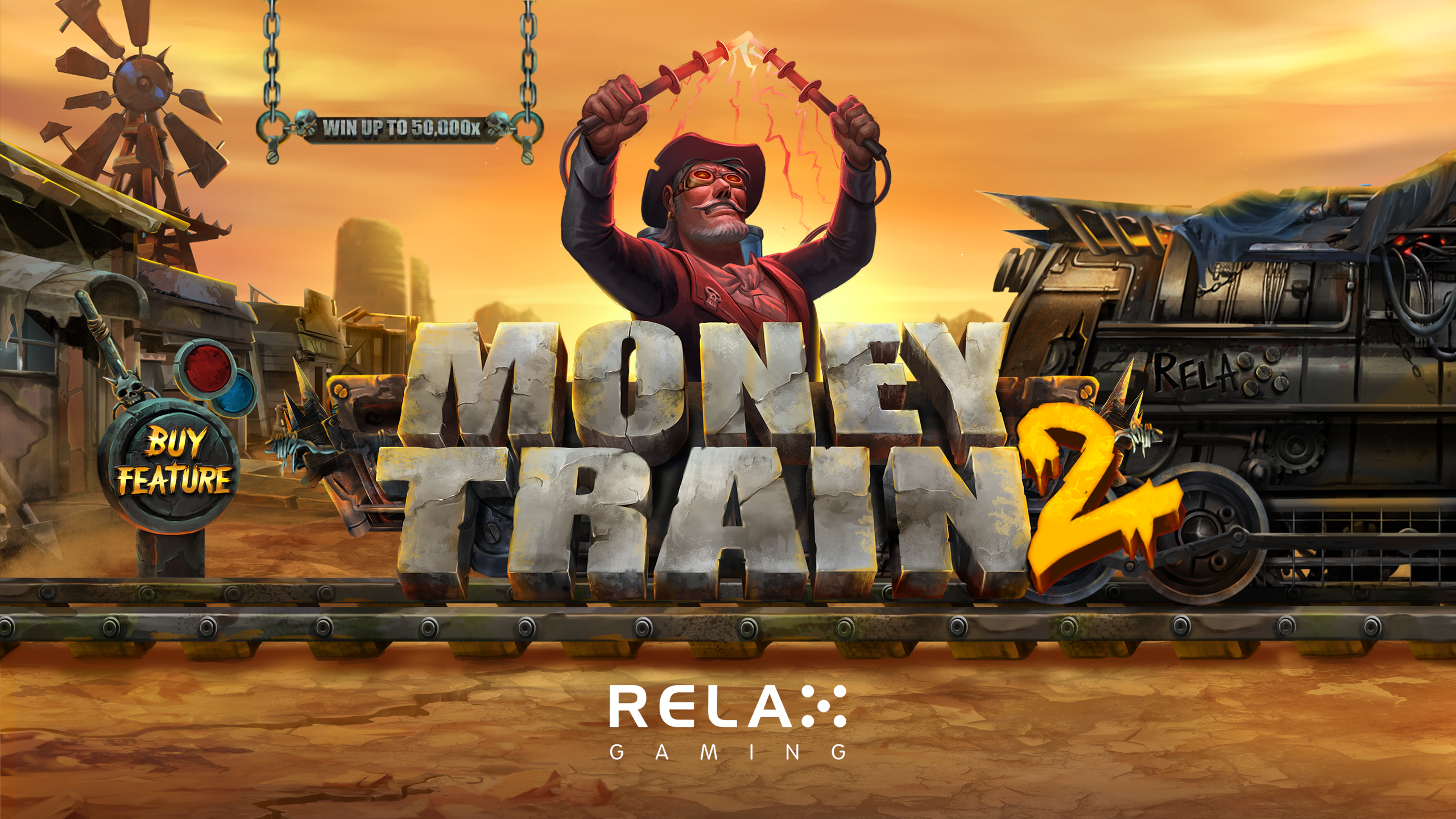 Relax Gaming, igaming aggregator and supplier of unique content, is excited to announce the launch of Money Train 2, one of its most highly anticipated releases to date.

Back with even bigger win potential and a maximum payout of 50,000x stake, the slot offers an exhilarating player experience like no other as the four main characters leave the Wild West behind and journey to a steam-punk inspired, post-apocalyptic world.

The revamp goes far deeper that an impressive visual makeover, with players set to encounter the much-loved Money Cart Bonus Round that made the original one of Relax’s highest-earning titles to date, as well as game-changing new feature additions that keep engagement levels high throughout the playing session.

Among the new features are Respins, triggered when two bonus symbols land anywhere on the reels. These were designed to ramp-up the action in the base game in response to feedback on the original’s gameplay.

During the feature, each bonus symbol displayed will reveal multipliers that are added together, and Respins are also awarded until a win is built up. The accumulated multiplier is then applied to the total, significantly boosting both the excitement level and winning potential outside the Bonus Round.

Fans of the slot will not be disappointed by the sequel’s Money Cart round, which in addition to the original multiplier and free spin action, has introduced a new twist where an additional two reels can be unlocked if a reel is filled with symbols. The slot has been referred to as a “savage beast” in a review by Bigwinboard and Relax aren’t shy to confirm that this game has been built to deliver on every level.

Simon Hammon, Relax Gaming CPO, said: “From day one, Money Train was a strong hit and has continued to attract players to this day. Given this significant level of popularity, we saw huge potential in delivering a sequel that moved the dial even further in terms of engagement.

“Having listened intently to feedback from both players and operators, Money Train 2 delivers on every aspect, from the unique theme and experience-enhancing animations to the mechanics that make it a standout contender. It’s what a great sequel should be.”

Now in its tenth year of supplying the industry’s leading online casinos, Relax Gaming provides its partners with over 1000 proprietary and aggregated games through a quick and simple integration process.