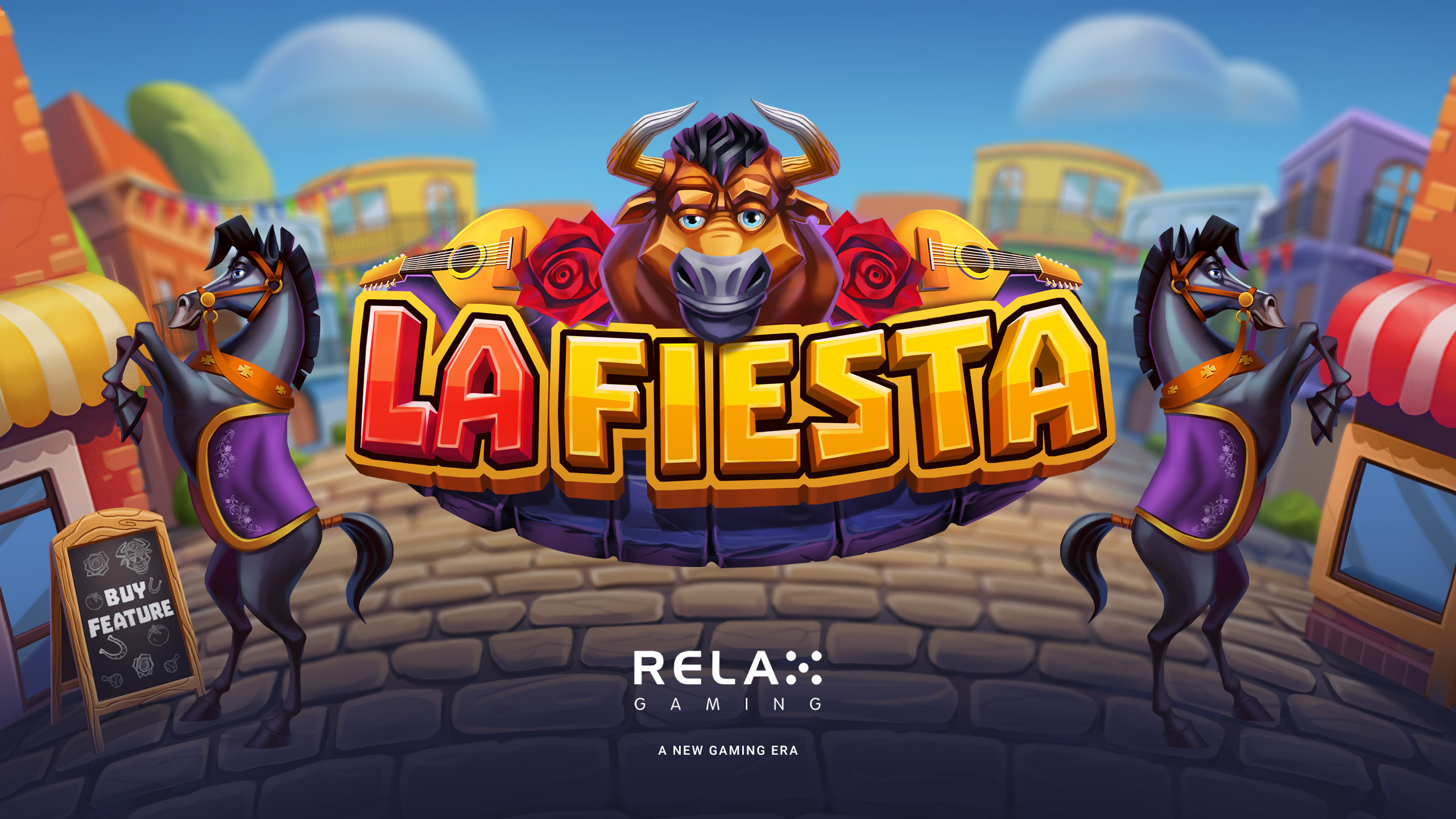 Published with the permission of SlotBeats.

“Free spins are a tried and tested tool to inject excitement into slot games and keep players entertained for longer, but in La Fiesta, we have taken this a step further.” stated Simon Hammon, CPO at Relax Gaming, who explained the reason for including four free spin features within its most recent title.

The 5×4, 40 fixed payline slot invited players to celebrate which included four different free spin games which are triggered by landing three scatter symbols, with the third scatter on the last reel determining which one will be activated.SlotBeats spoke with Hammon about the inspiration behind its latest title, he stated: “La Fiesta was designed to bring all the fun and games of a traditional Spanish street party to the reels, transporting players from wherever they are to the heart of a fiesta. We wanted to build a game that didn’t hold back on colour or extravagance, creating a world where the excitement was infectious.

“To establish the festival feel, we packed the slot with engaging features, with four free spins rounds and three random modifiers. The gameplay is complemented by cinematic, cartoon graphics, fun animations and an atmospheric soundtrack that set the celebratory scene.”

The game includes four free spin feature rounds such as the Falleras, La Tomatina, Pamplona and the San Joan free spins. Hammon noted that each of the four bonus rounds are based on real-life Spanish festivals and offer ‘unique’ gameplay with a variety of prizes.

Adding: “This variety not only keeps the experience fresh, but also builds longevity into the title. The addition of the tour bus ‘gamble’ option, which offers a 50/50 chance for players to upgrade or downgrade the free spins round once activated, adds another layer of excitement, and keeps anticipation levels high throughout the session.

“These features – combined with the random modifiers in the base game and well-balanced maths model – are what make La Fiesta a slot to be celebrated.”However, with players becoming more educated on volatility and RTP, features within slot titles are becoming increasingly important. Hammon states, quite poetically, that ‘if the maths-model and theme are the bread and butter of a slot, features are the filling which take it from a good game, to a great one’.

“The trick to gaining player loyalty is to deliver a quality experience every time,” Hammon says. “We always try to build features that offer something new and interesting to the player, whilst maintaining a level of familiarity so that the mechanics do not overwhelm new users.

“Even more casual players are now gravitating towards higher volatility titles, so it’s important for them to understand how the game works if you are to gain their trust.”

Hammon revealed that La Fiesta is ‘proving to be one of our most popular titles yet’ with it gaining ‘positive feedback’ from both operators and players. He claimed that the inclusion of various features was designed to provide high engagement from its consumers highlighting that session lengths and retention rates have remained ‘higher than average’.

However, despite the game’s early success, Hammon claims that Relax Gaming have more slots in the pipeline that continue the trend on including new features and concepts to ‘keep players on their toes’: “The past year has been transformational for our slot portfolio, with new titles that continue to move the dial being added every month.

“From launching our first proprietary title in 2018, we’ve developed a slot style that is quintessentially Relax, and the next games in the pipeline will continue this trend with new features and concepts to keep players on their toes.

“That said, our next launch, a sequel to one of our best performing titles Money Train, is perhaps our biggest and the most anticipated to date. We have a great game in the original, so taking on board feedback from player communities and our customers, we wanted to give the game the chance to maximise its potential.

“It’s already had impressive pre-launch feedback and it’s one we’re incredibly excited about.”