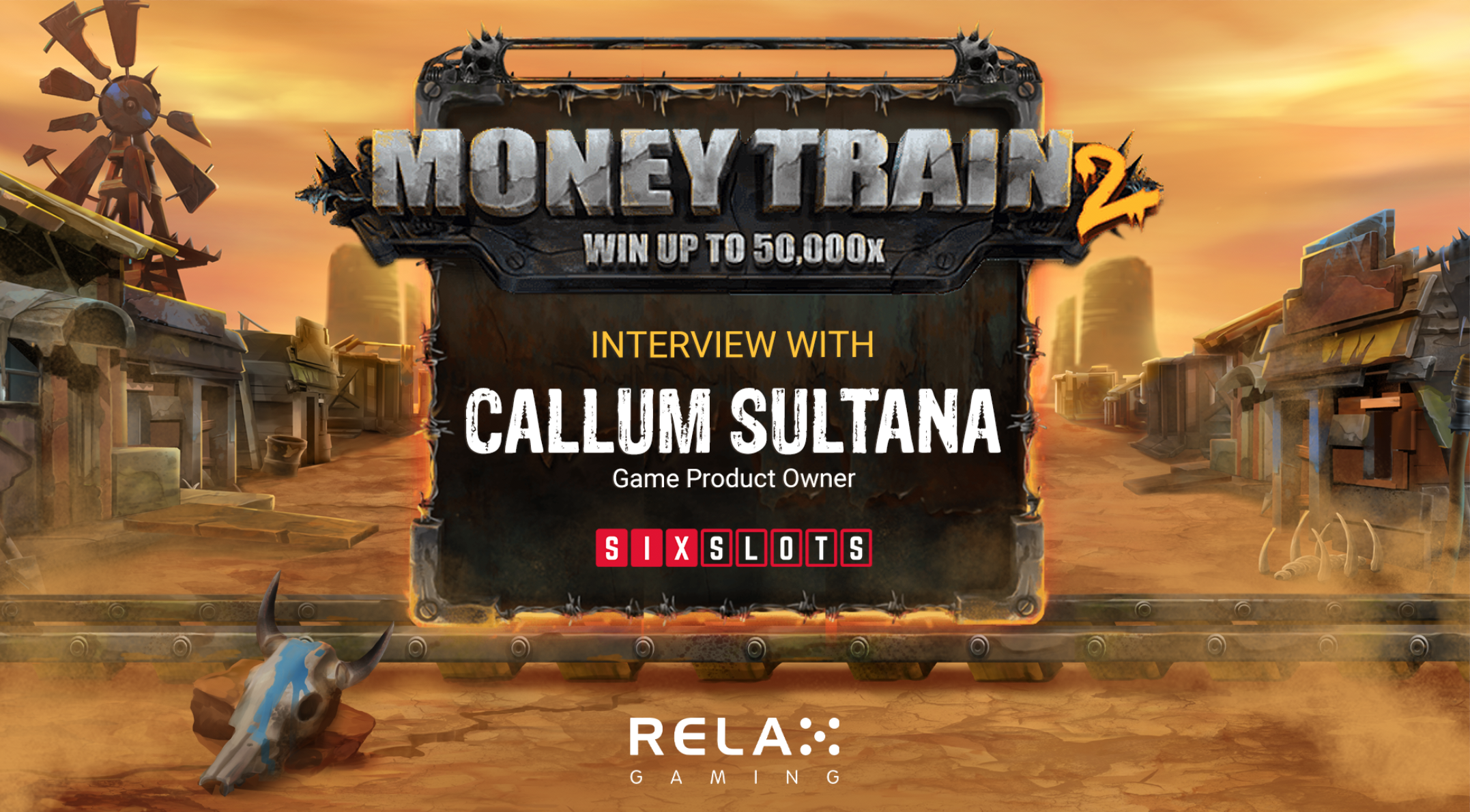 Published with the permission of SixSlots.

One of the most anticipated slots of 2020 is just around the corner. Relax Gaming is coming in guns blazing with their wildly renowned title Money Train 2. This sequel is looking to fill in the gaps that the predecessor couldn’t, so we will see a more refined version that still keeps all the fun from the past. It very well just might be the biggest release for Relax Gaming to this date, so there is a lot of buzz surrounding this project.

Money Train 2 comes with a mind-boggling 50,000x max payout, and we could say that this slot has a chance to change someone's life completely. Money Train 2 is a true spectacle, as some good time has been poured into the visual department. Relax Gaming themselves have said that Money Train 2 is their biggest release of the year, so hopefully it can live up to the expectations. Such a special occasion requires a special type of review, so keep on reading to see what we have cooked up.

We sat down with Game Product Owner Callum Sultana from Relax Gaming to discuss their highly anticipated release Money Train 2 and to hear their take on what’s in store for the future.

First off, tell us a little bit about Relax Gaming itself. What are the things that drive the team forward, and what is your mission and vision for the company?

Relax Gaming is all about delivering a top-quality gaming experience to players. As well as providing aggregated games from the industry’s most popular studios and up-and-coming brands, our own in-house developers create first-rate slots that challenge the status quo and stand the test of time.

In terms of our mission, Relax is dedicated to driving the online casino offering forward through innovation and a commitment to quality. We bring new products and experiences to market that constantly raise the industry standard and push the boundaries of game design. Relax is at the forefront of the industry’s evolution and when it comes to casino content that differentiates – we’re leading the charge.

For those who may not be so familiar with this series, could you tell us in a few words about Money Train. What is it all about?

The original Money Train was – and remains - one of the most the most popular games designed and released by Relax Gaming. It takes players on a 5x4 slot adventure through the Wild West with an infamous gang of characters: the notorious leader, debt collector, TNT expert and gunslinger. At its core, Money Train is all about the entertainment factor and big win potential. It offers an easy to understand yet high volatility game play, combined with a bonus round that really packs a punch.

Money Train was obviously a very successful release. Is that the reason you wanted to make a sequel, or perhaps you felt like the first version lacked something, so Money Train 2 would come in as an improvement?

Money Train’s success was inspiring, but we also saw huge potential in following it on with a slot that offered players even more. That said, we didn’t want to create a sequel just for the sake of it or cannibalise the original’s popularity – a consequence which is seen so often in the online casino industry. To make sure Money Train 2 was a stand-out upgrade, we paid close attention to feedback from our players and partners, considering what worked well and what could be improved. Adding more features such as Re-Spins has massively ramped up the pace of the base game, addressing one issue, and we’ve also boosted the winning potential so players can reap even greater rewards.

What is the main factor that will make Money Train 2 stand out from the rest of the games?

With every Relax product, it is the magic combination of the maths model, mechanics, theme, visuals, and sound that make our content stand out from the crowd. Money Train 2’s exhilarating gameplay and post-apocalyptic setting, combined with animations and graphics that match the quality seen in film, truly offer a gaming experience like no other. The eccentric, steam-punk theme differentiates from anything else available on the market and has provided the ideal world to let our artist’s creativity run wild. The result? A design that reinforces the action-packed gameplay and narrative, whilst also maintaining a sense of familiarity with the original title. Money Train 2 is dark, mysterious and, above all else, wildly entertaining. As sequels go, it’s hard to find fault with this one.

The prequel was highly volatile and came with a large payout. is Money Train 2 going to follow the same footsteps?

Money Train 2 has followed in the footsteps and strode on beyond the original. As well as increasing the maximum win to 50,000x bet, we turned up the volatility to meet demands for intensely exciting slot action and feature rich content. Although players loved the Money Cart bonus round in the original game, it was clear that the base game could provide more in terms of engagement, which is exactly where Money Train 2 delivers.

The Money Cart Bonus Round was a fan favourite. Will Money Train 2 also emphasise this?

The Money Cart round was a fundamental contributor to Money Train’s success and has remained a focus of the sequel. In true Relax style, however, we’ve included a few surprises for players to keep anticipation levels high throughout the feature. In an additional twist, we craeted new special symbols to give players another shot at winning when they collect all characters but never reach the end of the journey. They can also unlock an additional two reels if a reel is filled with symbols. The original game’s popular characters have been joined by some new faces too. Players can encounter the Necromancer, who brings used symbols back to life, transforming the Wild West gang into super-humans to boost winning chances.

Lastly, what are the Relax Gaming future plans? Can we expect more sequels for other titles of yours?

You’ll have to wait and see. We like to keep things close to our chest but are always open to ideas. With every release, whether a sequel or a totally new concept, we always strive to deliver quality and above all originality. Relax has developed a reputation for raising the bar in online casino content – and we fully intend to keep on doing so.

Money Train 2 is what you could call a perfect sequel, it carried over all the good parts from the previous release and brought in some new additions to keep the slot fresh. To some extent, this release reminds us of the anticipation and success that came with Dead or Alive 2 slot. Money Train 2, of course, is a different beast, so we will not be doing comparisons today. Players of all sorts will surely enjoy this high volatility slot, that comes with an absurd 50,000x max payout. With a near-perfect math model comes some exquisite visuals, that will fully immerse you in the upcoming journey. We can’t wait to see what sort of crazy win highlights our readers will come up with!