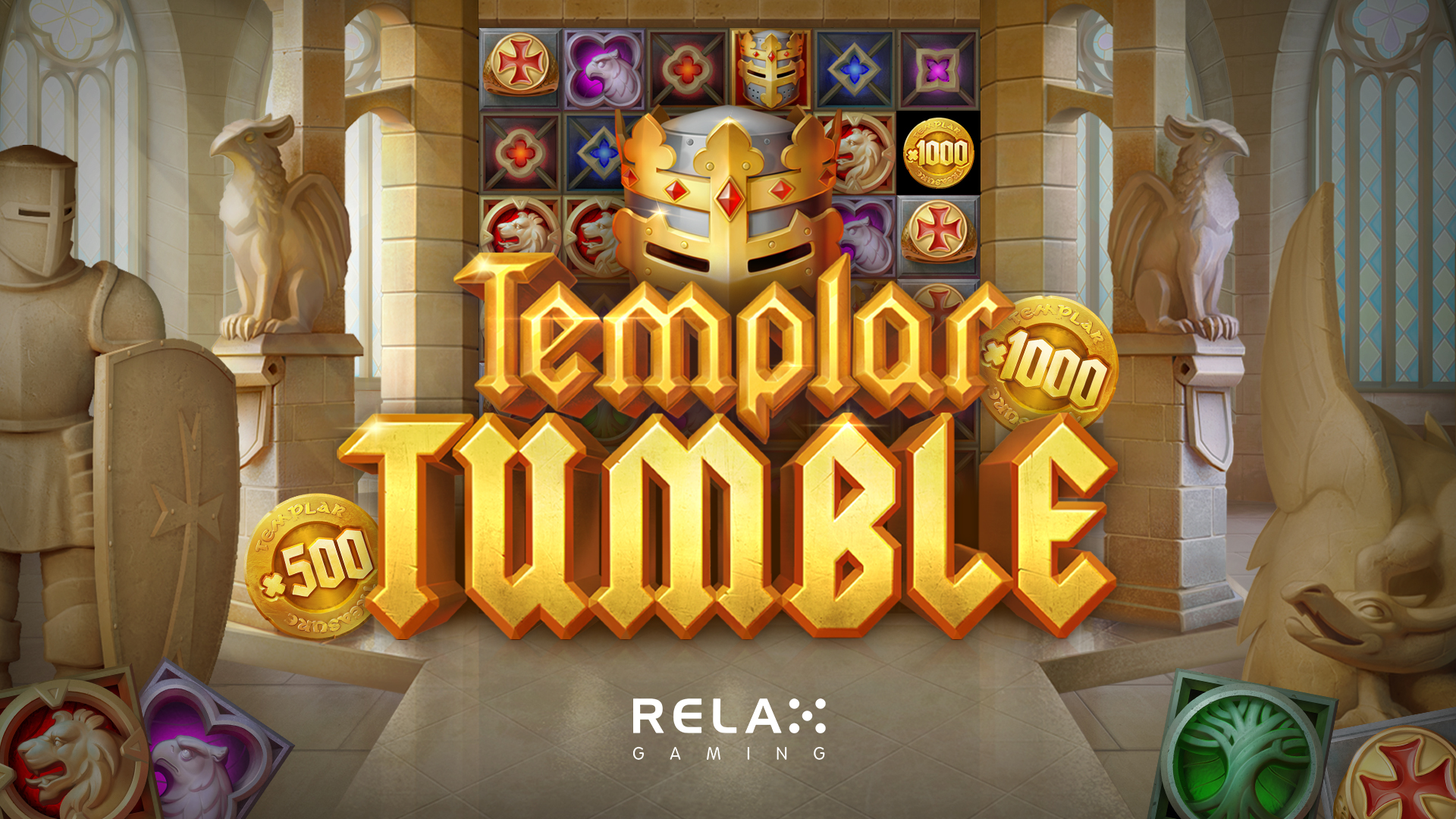 Relax Gaming, the igaming aggregator and supplier of unique content has released the fourth instalment of its hugely popular Tumble series, Templar Tumble.

The game takes players to a medieval cathedral where the Templar Knights guide them toward divine rewards through a host of engaging features.

Offering 117,649 ways to win, Templar Tumble immerses players in the legends of ancient warriors and bestows heavenly levels of entertainment on those that crusade for the riches on offer.

Crumbling blockers allow gradual progress towards Free Spins and when all are destroyed, six spins are awarded. In this unique bonus game, the blocker symbols do not appear, increasing the chance of achieving epic wins. Wilds also transform normal symbols into Mystery versions - unlocking the possibility of even more extra spins.

The new game is the latest step in Relax’s drive for differentiation and forms part of its ever-growing library of high-quality proprietary content.

Recognised for a host of industry awards and plaudits for its differentiated gaming content, Relax was recently awarded Casino Content Supplier at last month’s EGR Nordics, aiding its rapid expansion across global markets as one of the world’s leading B2B brands.

“Our Tumble series has been an exceptionally strong performer and this new instalment is set to continue in the same vein. Temple Tumble has all the gameplay allure of its predecessors with a stylish new theme and features that fans old and new are sure to love.”

Dedicated to delivering the best gaming experience possible, Relax has an established reputation as one of the industry’s leading B2B suppliers, providing its partners with an award-winning portfolio of more than 1,500 online casino games.

As well as featuring headline slots from its in-house studios, Relax Gaming also offers a vast collection of content aggregated through its Silver Bullet and Powered By Relax partnership programmes.