Part 4: Future of Entertainment: continued evolution in tech to fuel a shift in audiences 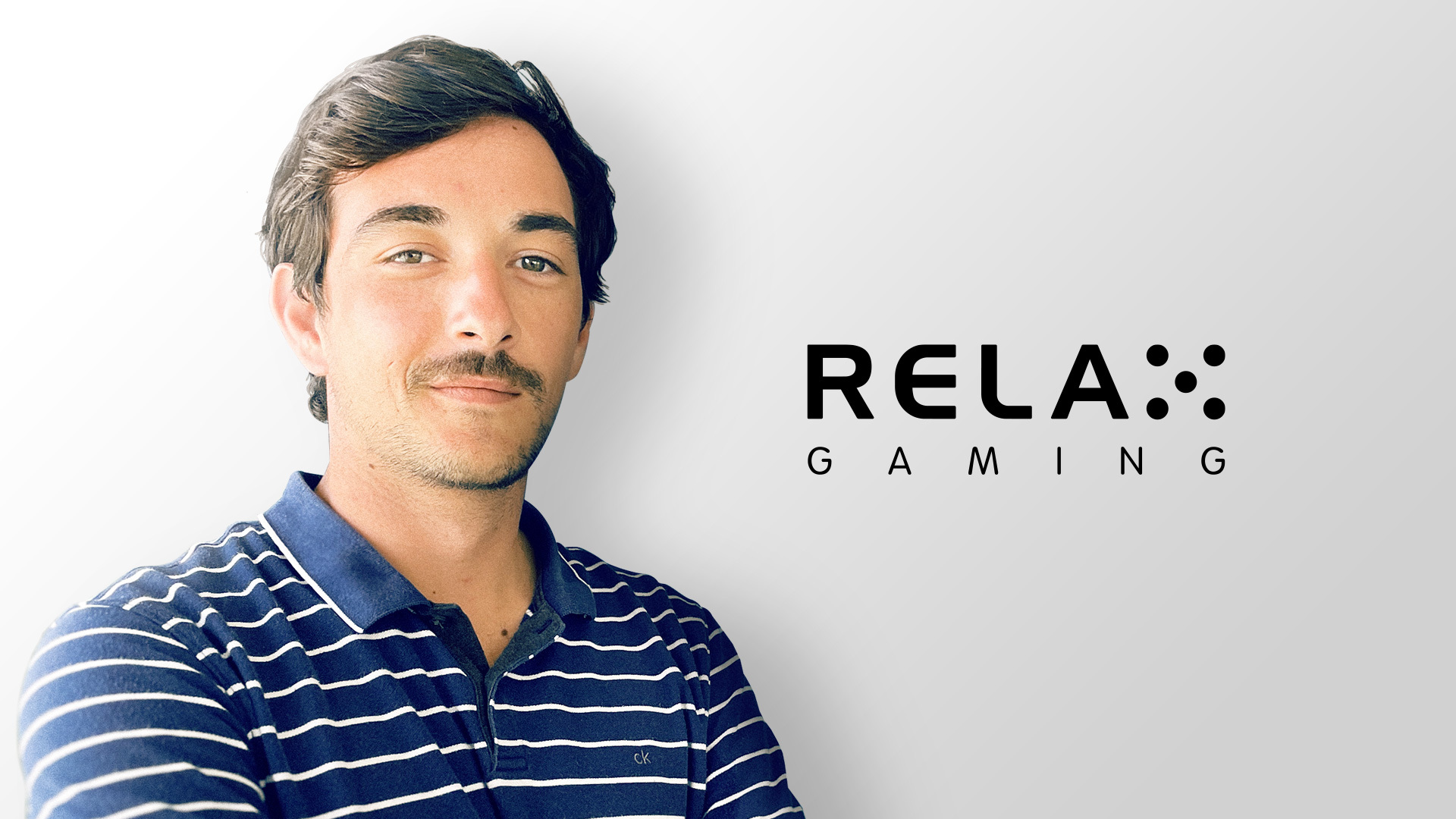 In the concluding part of CasinoBeats’ look into the Future of Entertainment, we cast our net far and wide, observing players in multiple jurisdictions – such as the UK, Sweden and Germany – to see if tastes in certain games will change in the near future and asked if igaming is on course to butt heads with Silicon Valley.

CasinoBeats: Looking to the future – particularly the UK, Sweden and Germany – how do you see player tastes broadly changing in the coming years? How do you see demand for games being influenced by outside entertainment – and what’s proving particularly engaging?

David Little: Outside entertainment is an interesting phrase. To an extent that has always been the case, with branded slots melding casino games with popular TV, music and film. That shows no sign of abating, with more franchises looking to cash-in on their popularity and more studios eager to benefit from it too.

But streaming is an increasingly popular form of entertainment, particularly when you see some of the numbers involved. We’ve already seen lots of studios using this and other affiliates to market their games and build up a following so that operators are no longer taking a chance on a new title.

I think player tastes are already being influenced by these influencers, in much the same way that their taste in clothes, make-up, music, etc is formed by the people they follow. That third party endorsement is the ultimate form of engagement.

Ivan Kravchuk: When we look to the future, let’s not forget that the past has had a tremendous impact on how things have evolved. Just a decade ago, entertainment was dependent on the physical location of the desktop and what it had to offer. Fast forward ten years and that’s all changed – with smartphones and tablets able to take the experience anywhere.

Mobile is of course now king and generates more than half of all revenue for the video games vertical (not just gambling). As a result of this, the content that we’re seeing today is being driven by the evolution of technology standards and will continue to do so as they develop, in particular the expansion of 5G, which is set to prove hugely influential on the direction the industry will take. Of course, such innovations always take longer to filter through into our industry.

Nevertheless, I am confident that in a few short years, we’ll see outside tech really begin to fuel some very exciting opportunities for completely new approaches to graphics and animation that can really diversify what’s on offer.

Nicola Longmuir: These three especially are among the most stringently regulated markets in Europe, and the advent of ever-more rigorously evolving gambling controls has meant the landscape is constantly changing. Inevitably this will shape player tastes as that will dictate supply. In my view, we’re headed toward a market populated with content shaped by regulation.

Prime examples of this are the control of spin times and the lowering of stakes – these will have a significant impact. How we manage this as an industry is going to be key for Push. As an example, Push Gaming is live across multiple European markets and as we are preparing to enter new regulated markets, we already know there are going to be regional regulatory differences.

This means as a company, we need to be agile and be able to adapt our games per region whilst also providing innovative game mechanics that are flexible enough to mitigate whatever restrictions we face. I think suppliers that are nimble and navigate evolving regulation with intelligence will see greater success.

Player tastes are also beginning to shift, heading towards lower stakes and extended periods of entertainment resulting in a higher number of plays with smaller spends. I only see that continuing with reductions in average stakes and session lengths.

Alternative forms of entertainment are also influencing the market as well as competing with gambling, because we’re all jockeying to obtain a slice of leisure time. Social and competing media, as well as video gaming across the platforms, are influencing what players expect when they play a slot.

I see this as wholly positive as it drives studios to produce quality and innovative products that build anticipation and excitement, and the opportunity to take on the best of big tech.

Callum Sultana: These three markets are each facing different challenges with respective new regulations coming into play, which will necessitate a degree of flexibility from developers to ensure that games comply accordingly.

I wouldn’t expect to see a change in the demand for games as such but it’s likely that each of these markets will develop in their own way, with more specific behaviours borne from regulatory considerations and what works for their demographics and what doesn’t.

CB: What kind of player and heritage are we looking at for games of the next decade? The UK, for example, has a strong-land based heritage in its gaming types – but how do you expect this to change?

NL: We are seeing a new generation of players online who play very differently from a traditional VIP gambler who enjoys a specific type of content. I started my career at Sky Vegas bringing some of the first slots online, as well as via the interactive TV features in the mid 2000’s, and I collaborated with various leading land-based slot developers at the time to bring them online.

Of course, there is still a market for these games, particularly in the UK, where they still have their position, but we are seeing a new type of player now with different requirements and we need to cater to them.

The new generation plays differently – with so much noise and distraction at their fingertips there is currently a snacking culture when it comes to playing games – they want an instant experience of entertainment.

Traditional fruit slots, for example, may struggle to hold the attention of today’s players who are accustomed to online gaming and instant impact. Online gaming is more engaging and immersive than it has ever been. Content with backstories and narrative captures players attention and retains interest, and there’s simply no substitute.

Gambling content will continue to shift in this direction, as this is what the market demands. There’s also a much greater choice out there too given the number of new studios emerging in recent times. Naturally, they’re able to offer a far more diverse range of games to a considerably more tech-savvy player than ever before. This drives us at Push to continuously create top-quality, innovative games, with mechanics, features and visuals that can retain the attention of players

IK: In 2020, mobile accounted for 76 per cent of all our gaming traffic – which illustrates how much we’re seeing gaming move away from its land-based roots. COVID’s effect will mean that we’ll continue to see such a heavy proportion for the next few years until brick-and-mortar locations reopen.

The offline experience, as it stands, is likely to change heavily and with it, we’ll see a continued shift in player expectations when they’re interacting with entertainment. This is particularly the case when it comes to merging the cross-channel experience, with the likes of VR especially.

Esports is another major growth area that will likely become a competitor for casinos when capturing the interest of the online player. After the lifting of travel restrictions, we’ll likely also see far stronger impulses for tourism and travel, which will again influence the way gaming, esports and igaming continue to develop in the next two years.

Last but not least, I also expect the continued evolution in tech to fuel a shift in audiences too. Our main goal is to find the right approach in attracting them, as well as creating a matching offer that can deliver the entertainment they seek.

DL: That may well depend on the market. If UK retail features less in people’s casino experience and the older player demographic is replaced by younger ones who don’t share those formative experiences, then things may well change. We may see people coming across from social casino, gaming, or online sportsbooks.

In the US and Canada, however, where more and more opportunities are opening up, particularly south of the border, we may see more players coming from land-based casinos and/or lottery.

Product familiarity will be a different kettle of fish as a result. Having good quality games with universal appeal will be important in bridging this gap. But understanding the individual nuances of certain markets will be crucial too.

CS: It’s an interesting question and somewhat difficult to predict. We always remain adaptable and agile in our approach – we’re the kind of studio that will always vary our product per release, rather than sticking to one type of core mechanic. This puts us in a great position to remain relevant on each release and drive the differentiation that we’ve become renowned for.

Currently, there’s an appetite for lower stakes and shorter playtimes per game, but many see that this might evolve to longer sessions overall. Whichever way it goes, the core requirement in our games is to provide entertainment and engagement via a diverse, high quality content offering and that’s something that we’ll continue to deliver on, while remaining nimble and ensuring we’re at the fore of invention