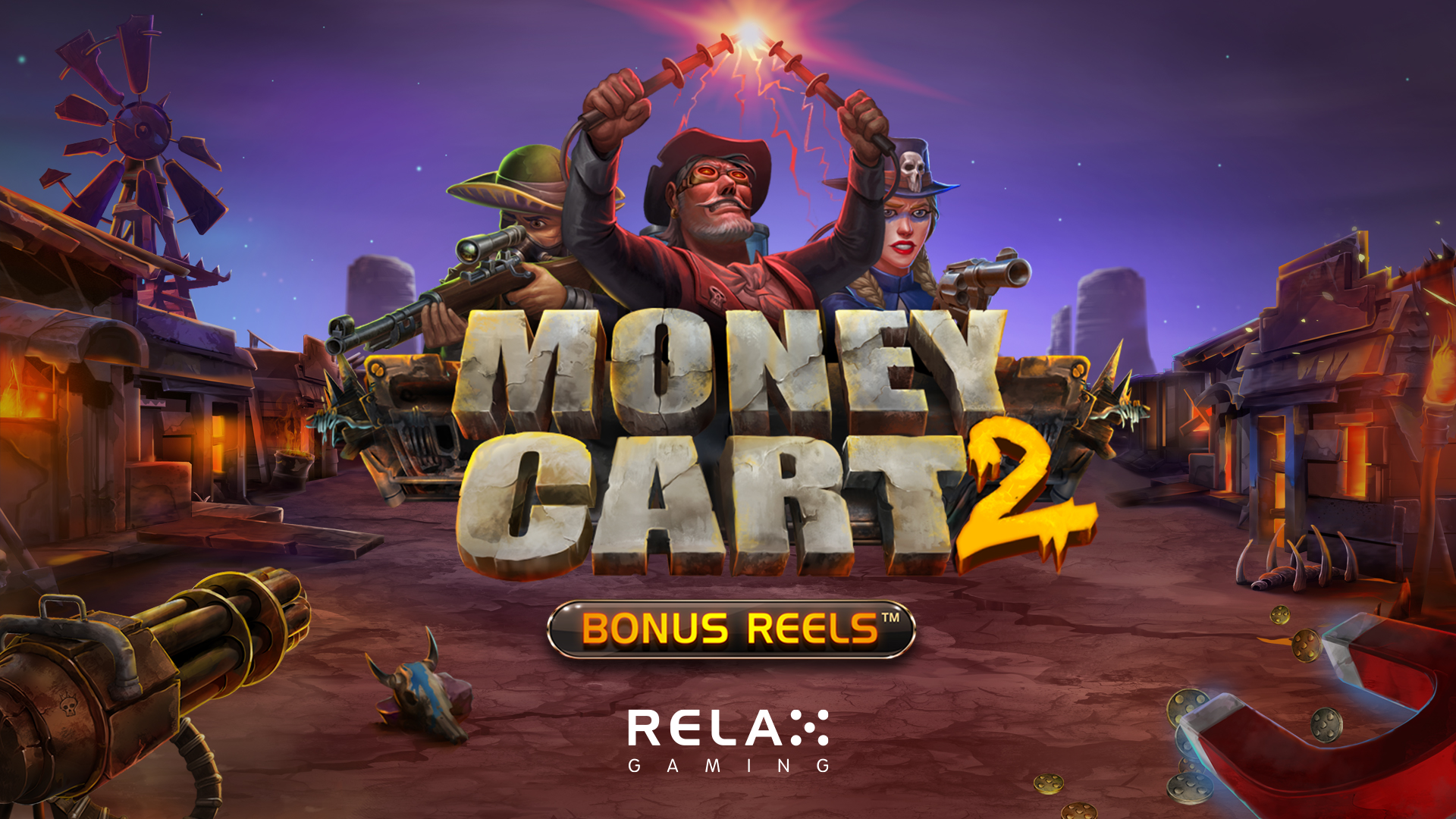 Designed specifically for the UK market where it has just gone live, Relax Gaming’s Money Cart 2 Bonus Reels is the latest instalment in the Money Train series. The slot sees the crew from the original hit reunited in an industry-first feature game that takes players straight to the action.

Having been pioneered by Relax Gaming, Bonus Reels is a first for the industry, which brings a new approach to localised content for regulated markets such as the UK. If the emphatic success of the supplier’s Money Train 2 has shone a light on anything, it is that listening to your customers always pays off. This obvious yet undeniably effective game development strategy was the driving force behind the game’s popularity and Relax has taken this approach one step further with the release of Money Cart 2 Bonus Reels.

The slot leaves the base game behind and takes players straight to the action with Bonus Reels and a theoretical RTP of 98 per cent. The fun takes place in a dusty, dystopian setting, with the imposing 5×4 grid hosting the play while the atmospheric soundtrack and heavy, mechanical audio effects combine flawlessly with the gameplay. This fast-paced slot offers unpredictable action, with the anticipation of big win potential on every spin.

Seasoned players can expect to meet familiar faces like the Payer, Collector, Sniper and Necromancer on a rampage for wins, with the Persistent symbols taking things up a notch as always. With character combos, re-spins, free spins, and new reels to unlock, there’s no stopping this train. When all possible reels have been activated and all positions occupied, the round comes to a screeching halt, awarding 500 coins while the maximum win stands at an unbelievable 50,000 coins. Money Cart 2 Bonus Reels offers a similarly thrilling experience to its predecessor but has a few extra twists and turns up its sleeve to keep fans of the original engaged once more.

Simon Hammon, chief product officer at Relax Gaming said: “Players are increasingly looking for a high-action, high-entertainment experience and games must now offer the visuals and graphics they expect combined with engaging game flow and mechanics that are a departure from the traditional 5×3 set-ups of recent years.

“Our game design has evolved to address this accordingly – at the same time re-aligning its focus to cater for market conditions, competition, regulation and marketing strategies. Game suppliers need to adapt heavily to the new landscape when they are launching a product in order to ensure competitiveness.”

He went on to explain that, to ensure success, operators are best advised to focus on localised markets. As regional markets continue to develop – and new ones come online – such an approach will be necessary for a successful integrated expansion across multiple jurisdictions.

“As well as that, it has never been more important for suppliers to offer high-quality games that cater for players in their native language, to local requirements and to their gaming preferences – failure to do so can result in reduced deposits and impede growth. Money Cart 2 Bonus Reels is a prime example of adhering to this approach and what can be achieved by doing so,” he said.

Hammon believes the same trend is increasing demand on aggregators to support new, independent studios that have a deeper insight into local markets. At a time of increasingly saturated content, solutions are needed that provide start-ups with a fast and effective route to market. The result is greater diversity of content for operators and players alike.

“So, Relax creating unique content like Money Cart 2 Bonus Reels, and Book of 99 with its 99 per cent RTP, allied with the disparate content from our hand-picked third-party partners stands us in good stead to continue driving the differentiation we strive for,” he added.