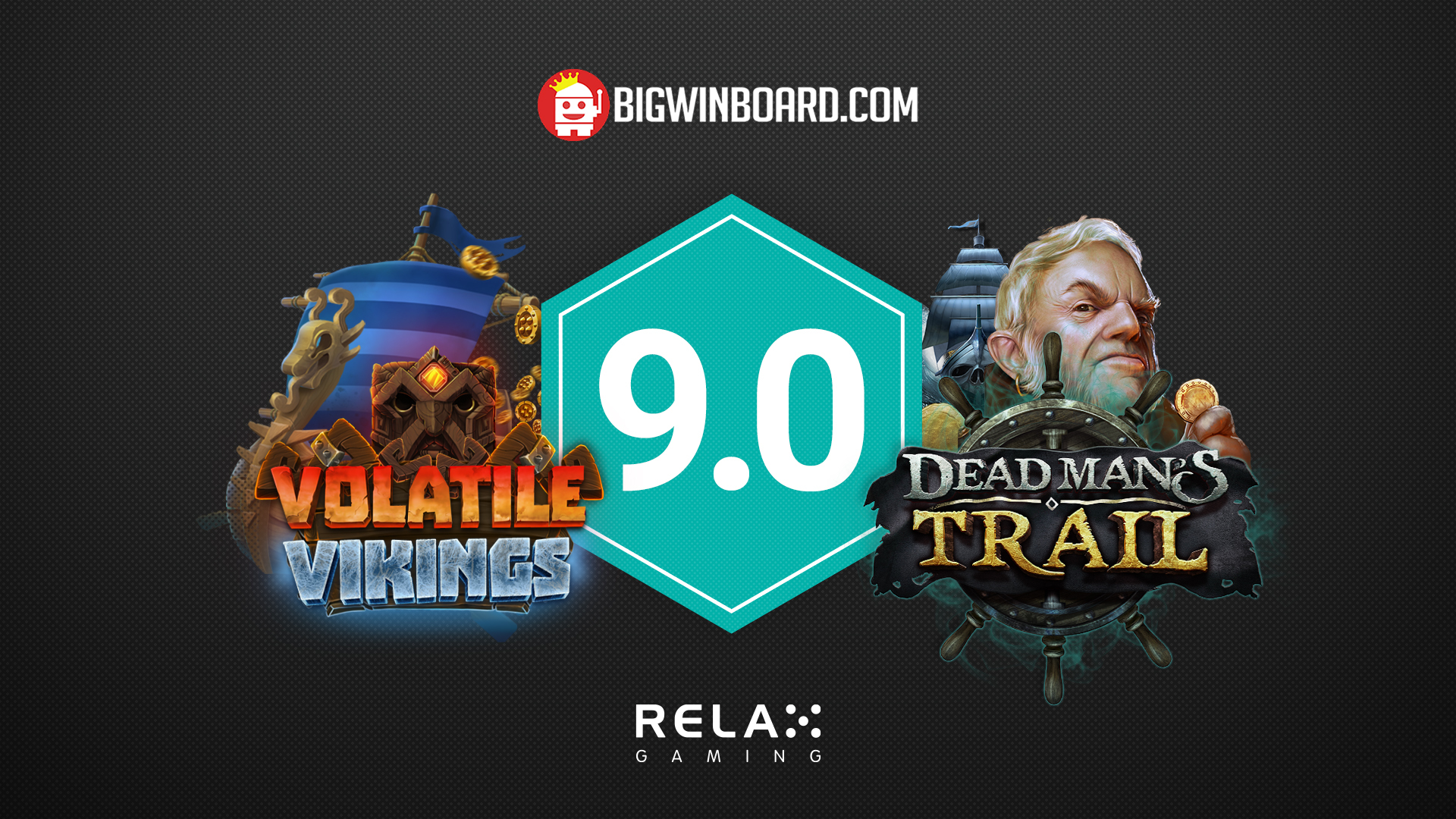 Dead Man’s Trail is a fast-paced, pirate-themed slot that features an exhilarating bonus game, while Volatile Vikings ramps up the intrigue by splitting into two phases – base and bonus.

Both games were enthusiastically lauded by the expert reviewers at BigWinBoard, who described Volatile Vikings as a game that mixes a recognisable display with a pay-in-all-position win system, as well as collectable multipliers that conclude in a round of free spins.

The two base and bonus phases were also met with encouraging responses as the contract between the blue-icy north and fire screen accompanied with a powerful soundtrack reinforced the “allusion”.

Similarly, the game was described as creating a “unique, almost mystical vibe, enhanced by the clever features Relax has mixed in.” Overall, Volatile Vikings was depicted as a “volatile beast”, and well balanced between its classic feel, fire and ice imagery and a soundtrack that the publication compared to Game of Thrones.

The gameplay was seen as smooth and entertaining, with a mechanic that added an “extra dash of novelty”. Thanks to its multipliers and free spins, the titles is “one of those games that is hard to stop when it gets on one of its high inertia rolls, and where wins of up to 20,000 times the bet become a possibility.”

Likewise, Dead Man’s Trail was also hailed as a success by BigWinBoard for being different to other pirate-themed slots and featuring audio-visuals that make for an enjoyable and encapsulating user experience.

The title separates itself from previous pirate slots, as a “grimmer portrait of pirate life”. Other pirate games were seen as bouncing optimistically across waves, whereas Dead Man’s Trail was described as “gliding stealthily into misty coves.”

Just as Volatile Vikings, Dead Man’s Trail is labelled as an extremely volatile slot due to its explosive design, which gets players thinking they’ve found treasure only to find it “blowing away in the wind.”

According to BigWinBoard, the game is Relax’s breakaway from a light and cartoon-like style, into something grittier and more realistic looking, which makes for a “pleasant change that fits the theme.”

With several bonus features and an esoteric gameplay design, Dead Man’s trail “piles on the nautical atmosphere while packing in all the entertainment needed to thrill adventurous players.”