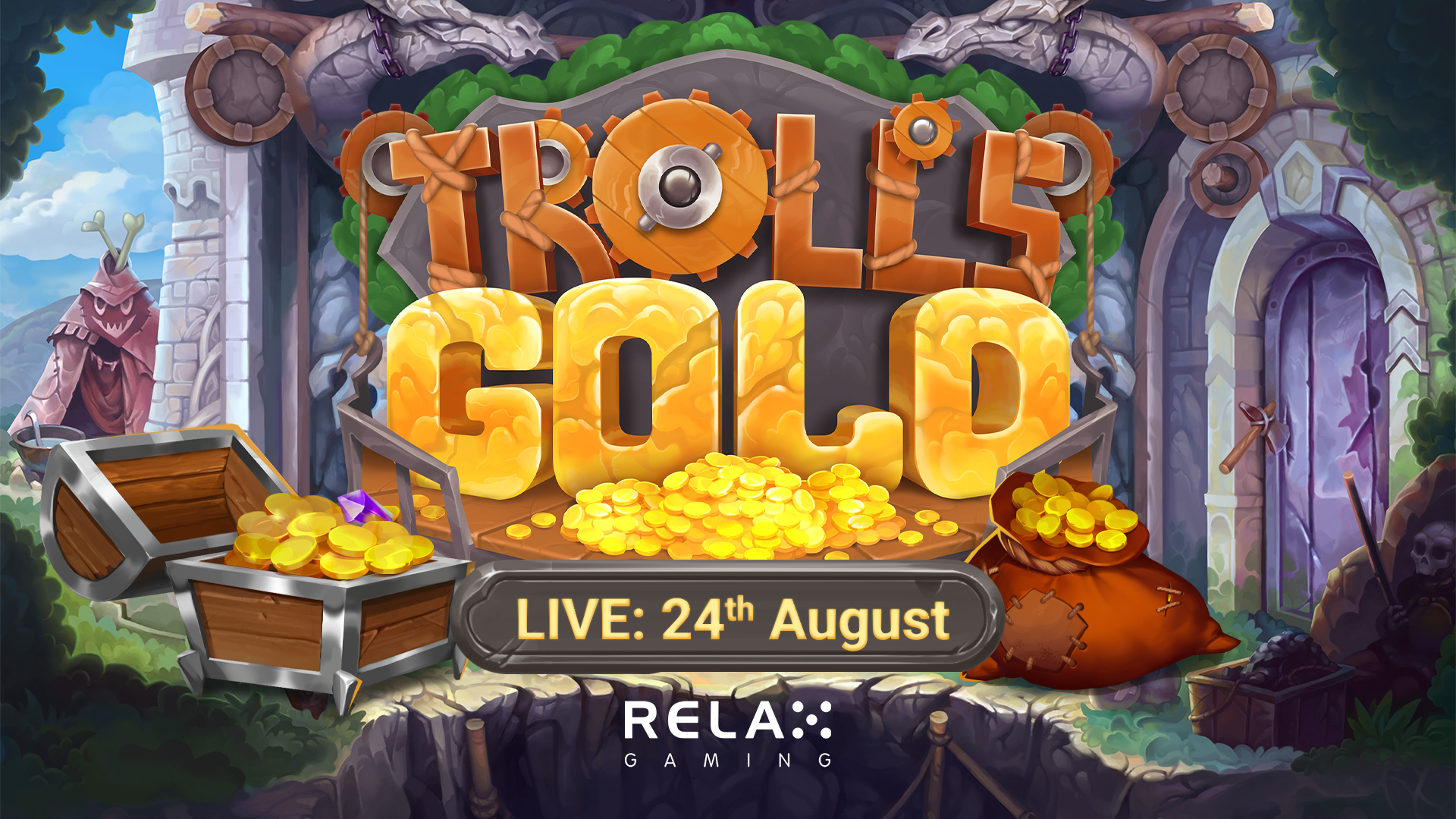 Relax Gaming, the igaming aggregator and supplier of unique content, has added to its popular range of titles with the release of Trolls' Gold.

By teaming up with trolls, players venture into the dark dragon’s den to search for loot and treasure. Not to be underestimated, these tiny trolls offer huge win potential, as they add a multiplier to the total win – ranging from x2 to x10.

The fast-paced nature of the slot is an ideal choice for those in search of an engaging gaming experience and offers an RTP of 96.36% or 96.61% for feature buys.

Designed to be as enjoyable as it is rewarding, Trolls' Gold offers a maximum coinciding win of x12500 and a maximum win per line of x1215 with wild multipliers added on top. Meanwhile, the Treasure Chest Collector symbol could see players win a staggering x10,000.

Additionally, Trolls' Gold also delivers a new feature – with Lock-In-Re-Spins awarded when a stack of matching symbols lands fully on reel one. These symbols then lock in place and all other symbols re-spin. The lock-in feature continues as long as at least one matching symbol or wild symbol lands anywhere on the reels.

Commenting on the launch, Simon Hammon, CPO at Relax Gaming said: “Trolls' Gold is an enthralling addition to our fantastic range of slots, and with its exciting bonuses and feature, players will find themselves reeling in plenty of awards from these generous trolls.

“Available on all devices, this title will certainly be a big treat to plenty of players across our key regulated jurisdictions, including Denmark, Great Britain, Romania, Sweden and more.”

Founded in 2010, Relax Gaming has gone on to become one of the industry's strongest B2B suppliers, winning four EGR B2B Awards earlier in July, including Innovation in Mobile and Casino Software Provider.

The supplier also clinched two CasinoBeats Developer Awards at the publication’s Summit in Malta, as well as Casino Content Supplier at the EGR Nordic Awards held in February.

Now one of the industry’s leading aggregators, Relax provides more than 2,000 online casino games – from both its proprietary catalogue as well as a varied library of content from hand-picked third-party partnership studios.