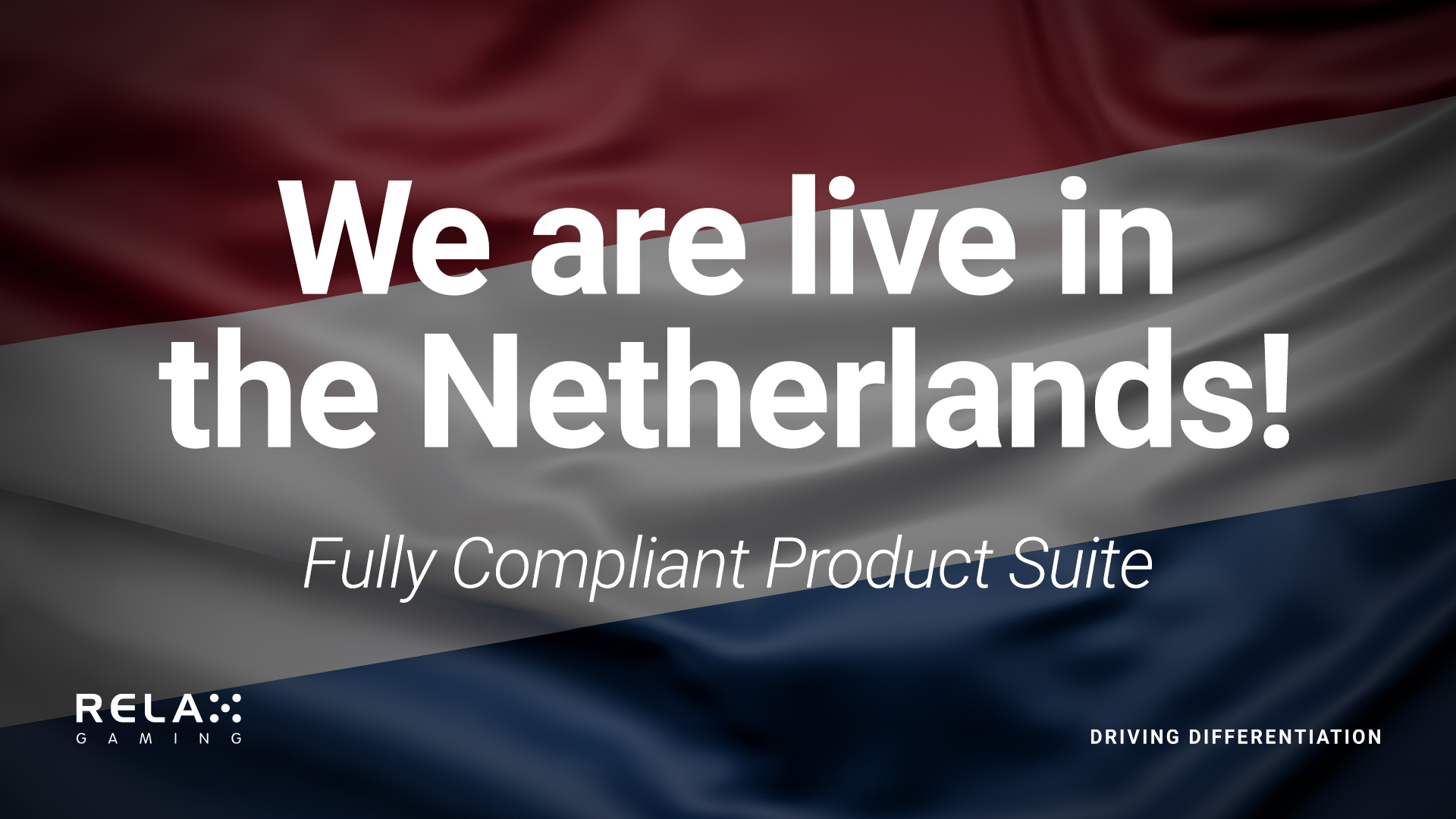 13th October 2021: Relax Gaming, the igaming aggregator and supplier of unique content, has announced its launch in the Netherlands as the provider looks to further establish its leading European position.

The news sees Relax brings its 24 studio partners, via its Powered By Relax and Silver Bullet programmes, as well as its market-leading platform suite, to the Dutch market following its full certification to the standards set by the country’s regulator, the Netherlands Gambling Authority (NGA).

Testament to Relax’s outstanding success this year, the agility of its technical set up and its commitment to being present in new markets has ensured that Relax’s impressive portfolio and a variety of suppliers from its aggregation programmes are already active in the market.

Having completed the regulatory and certification requirements so quickly, the provider’s expertise and focus on expanding in highly regulated markets showcases its constant commitment to strong safeguards around integrity and player protection, which it upholds to the highest standards.

Following successful audit processes with multiple operators now licensed by the Dutch Gaming Authority, Relax content was live in the Netherlands at the first opportunity. Each operator is set to be announced shortly.

“We see this latest success as a key milestone for both Relax Gaming and our highly valued partners as the market regulates and starts to grow.

“We believe this will be a highly valuable and successful market entry for all associated parties as we provide our best-in-class product suite and unique concepts to players in the Netherlands. This is a continuation of the drive that underpins our hard-earned reputation for driving differentiation in the industry.”

Now regarded as one of the industry’s leading aggregators, Relax Gaming provides its partners with upwards of 2,000 online casino games.