Sail into battle with Helios’ Fury 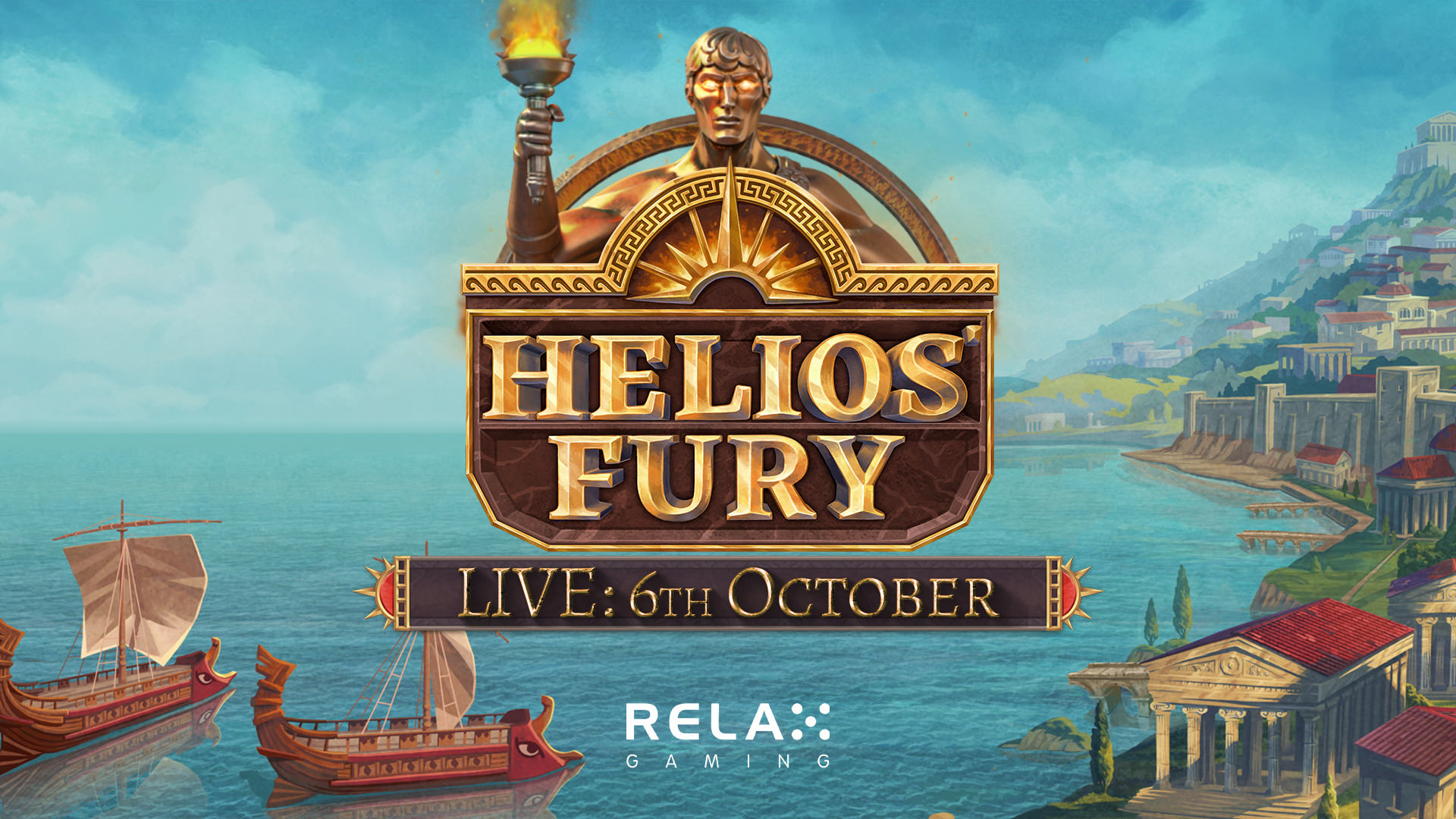 Malta, 6th Oct 2021 – Relax Gaming, the igaming aggregator and supplier of unique content, sees players stand with the Greek God Helios and save the city of Rhodes from flames in its latest slot, Helios’ Fury.

Free spins are awarded when wins are made on reel five with a wild warship symbol. This triggers Fury Free Spins, which award six free spins. This feature also consists of the widening of the reels to an area of 5x5, allowing players more connected ways to score high cash prizes.

Wild warships rush in and lock into place until the feature comes to an end. While winning wilds steer to the right and leave re-spins in their wake, for as long as wins occur. When the hotspot is reached, another free spin is awarded. The hotspot moves one reel to the left until the row contains only wild symbols and Rhodes is saved!

With a highly achievable 50,000x bet and a buy feature to round off the impressive list of in-game options, players are in for a treat with Helios’ Fury.

Commenting on the launch, Simon Hammon, CPO at Relax Gaming said: “Our creative team have blown it out of the water yet again with this reimagined take on Greek Gods and warfare, which we are sure our players will enjoy.

“With multiple unique features, players can expect an action-packed experience, especially with the warship hotspot and Fury Free Spins features, driving the differentiation in our games. With its large win potential and appealing graphics, fans are certainly going to be captivated by this title.”

Now regarded as one of the industry’s leading aggregators, Relax Gaming provides its partners with upwards of 2,000 online casino games. This encompasses a wide range of titles, from its high performing proprietary slots to an expansive library of content from hand-picked third-party studios via its partnership programmes.

In tandem with its swiftly growing success, the leading supplier secured the award for Unique Gaming Company of the Year at the UK’s International Gaming Awards in September. This was preceded by four EGR B2B Awards in July, including Innovation in Mobile and Casino Software Provider as well as two CasinoBeats Developer Awards at the SBC Summit in Malta.