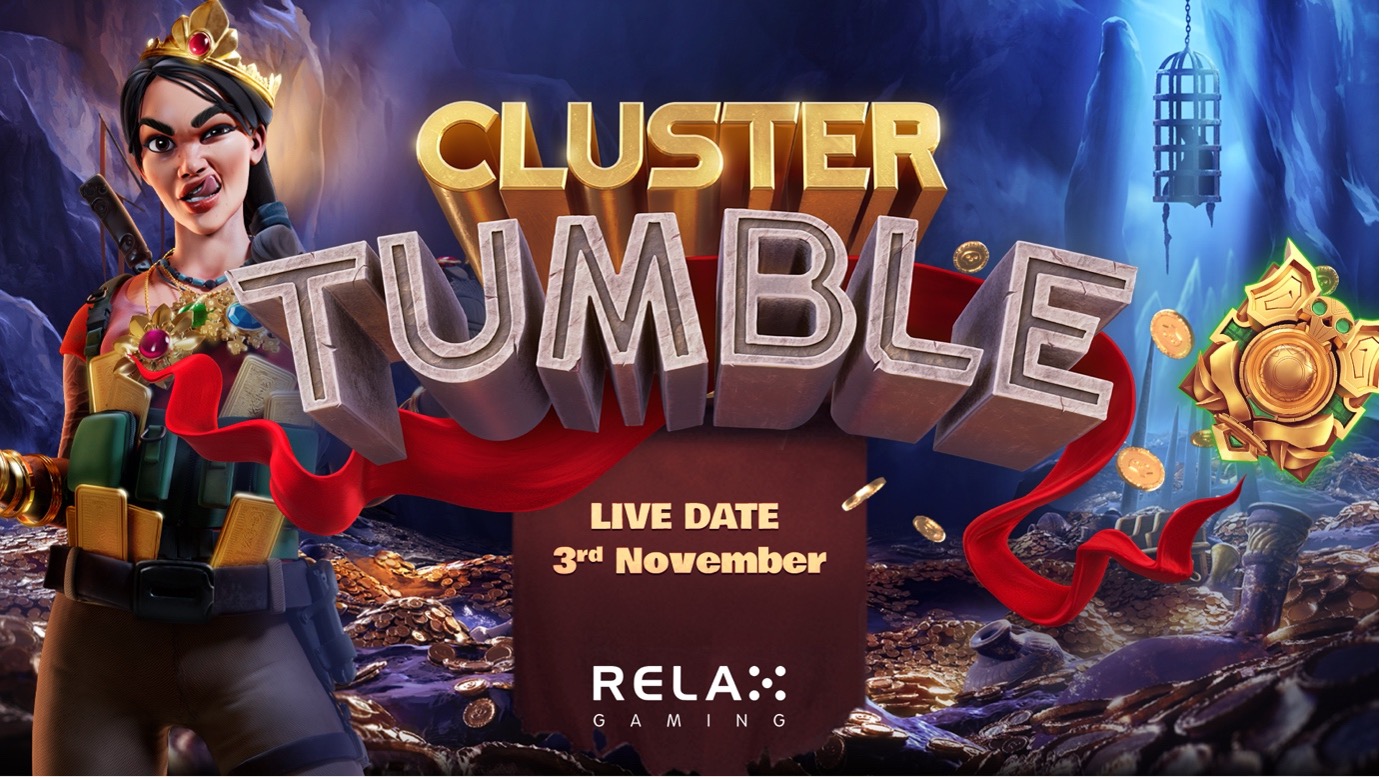 Malta, 3rd November 2021 - Players get to unearth hidden treasures and win up to 20,000x their bet in Cluster Tumble, the latest action-adventure game from Relax Gaming, the igaming aggregator and supplier of unique content.

Join the game’s courageous explorer on her mission as she climbs the Temple’s summit to rescue her missing husband.

The fifth action-packed instalment of the Tumble Series continues the saga from the original hit, Temple Tumble, deep in the Himalayan wilderness in the outskirts of Nepal. Players must navigate the 8x8 grid, clearing all tiles that stand in their way. With a variable number of symbols in play, wins must be formed to destroy all the surrounding blocks, or land three scatters to access the Temple.

The Free Spins feature is triggered by landing three Scatter symbols or by removing all stone blocks from the board in the main game. Triggering Free Spins awards five spins. Clearing the whole board in Free Spins awards three additional spins and increases the multiplier by three.

Simon Hammon, Chief Product Officer at Relax Gaming, said: “The Tumble series has time and again proven itself as we continue to drive differentiation. With such rich variety to draw upon, it’s unsurprising that we are on the fifth game and it keeps going strong. Featuring a standout heroine, we are confident that Cluster Tumble is going to hold its own  or outperform the best in the series.”