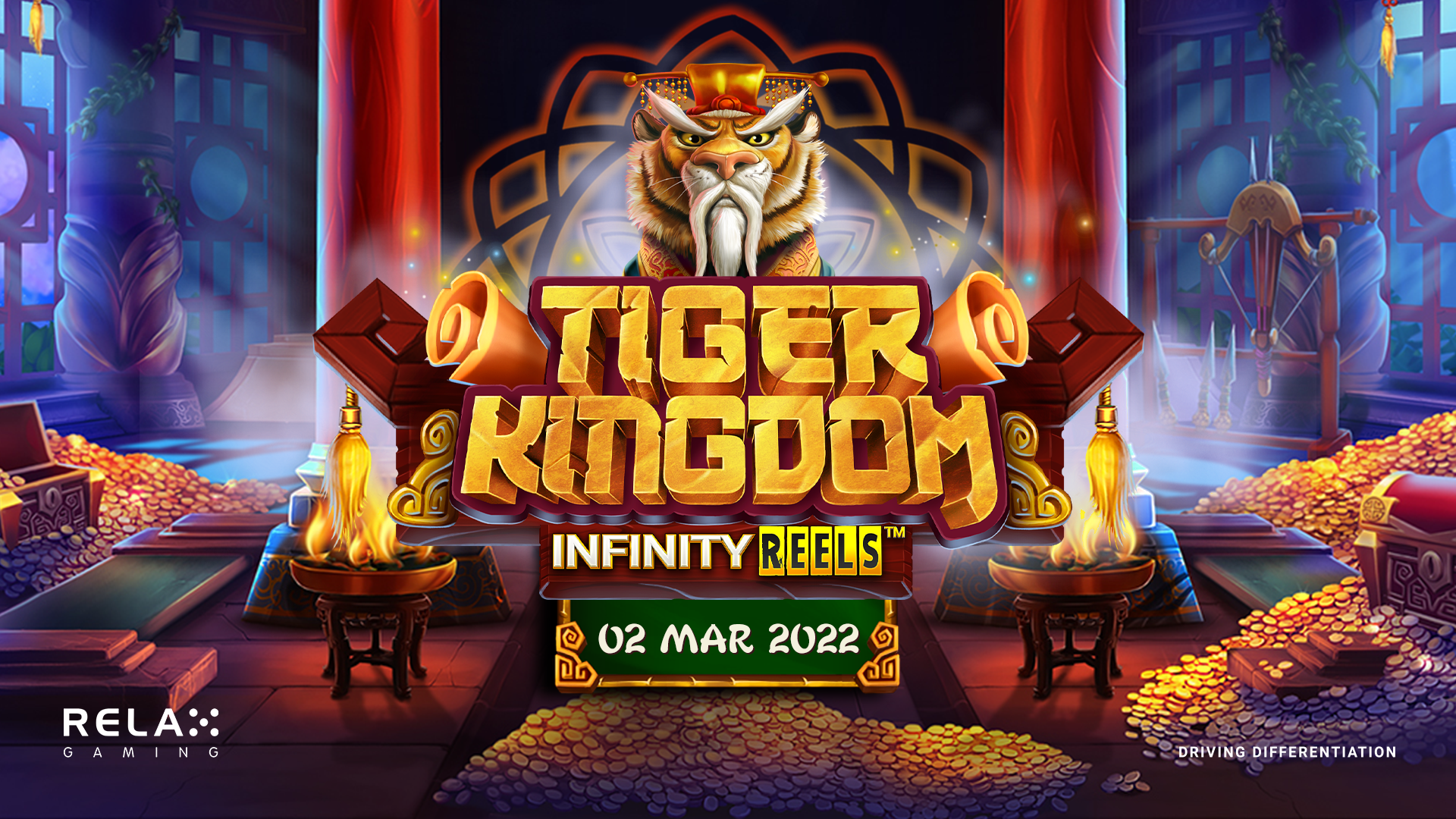 2nd March 2022 – Relax Gaming, the igaming aggregator and supplier of unique content is ushering in the Year of the Tiger by offering players unlimited possibilities in their latest release Tiger Kingdom Infinity Reels™.

This high volatility Asian-themed slot takes players on an epic journey of untold proportions that can see them win up to 20,000x their stake by way of the Infinity Reels™ mechanic and a bonus round that features ten special symbols.

Whenever players match three symbols on the 3x3 game grid, the first reel will move to the left and the rightmost reel will re-spin. Re-spins continue indefinitely as long as new matching symbols land.

During re-spins multiplier symbols are present, collecting one will either double, triple or quadruple the total number of symbols collected up until that moment. Collecting 3 or more scatter symbols will trigger the bonus feature, this sees Coin and Super Coin symbols land, revealing a multiplication of up to 100x the player’s bet. Every time a new coin symbol lands the re-spins reset.

There are three persistent versions of these symbols, Persistent Collector, Persistent Payer which perform their actions before every single re-spin. Finally, there’s a reset +1 symbol that increases the re-spin counter value by one and an Extra Row symbol.

If players wish to dive straight into the bonus feature, they can do so by activating the buy feature for 100x their bet at any time.

Simon Hammon, Relax Gaming CPO, said: “Tiger Kingdom Infinity Reels™ is set to be one of our most exciting new games of the year, not only does it feature the much-loved Infinity Reels™ mechanic, but it also boasts elements from our most successful games of 2021.

“When you combine all of the aforementioned features and mechanics with an impressive win potential of 20,000x the player’s stake it’s not hard to see that this slot is going to be a winner!”

Now one of the industry’s leading aggregators, Relax provides more than 3,000 online casino games, from its high performing proprietary slots to a significant, varied library of content from hand-picked third-party studios via its partnership programmes.