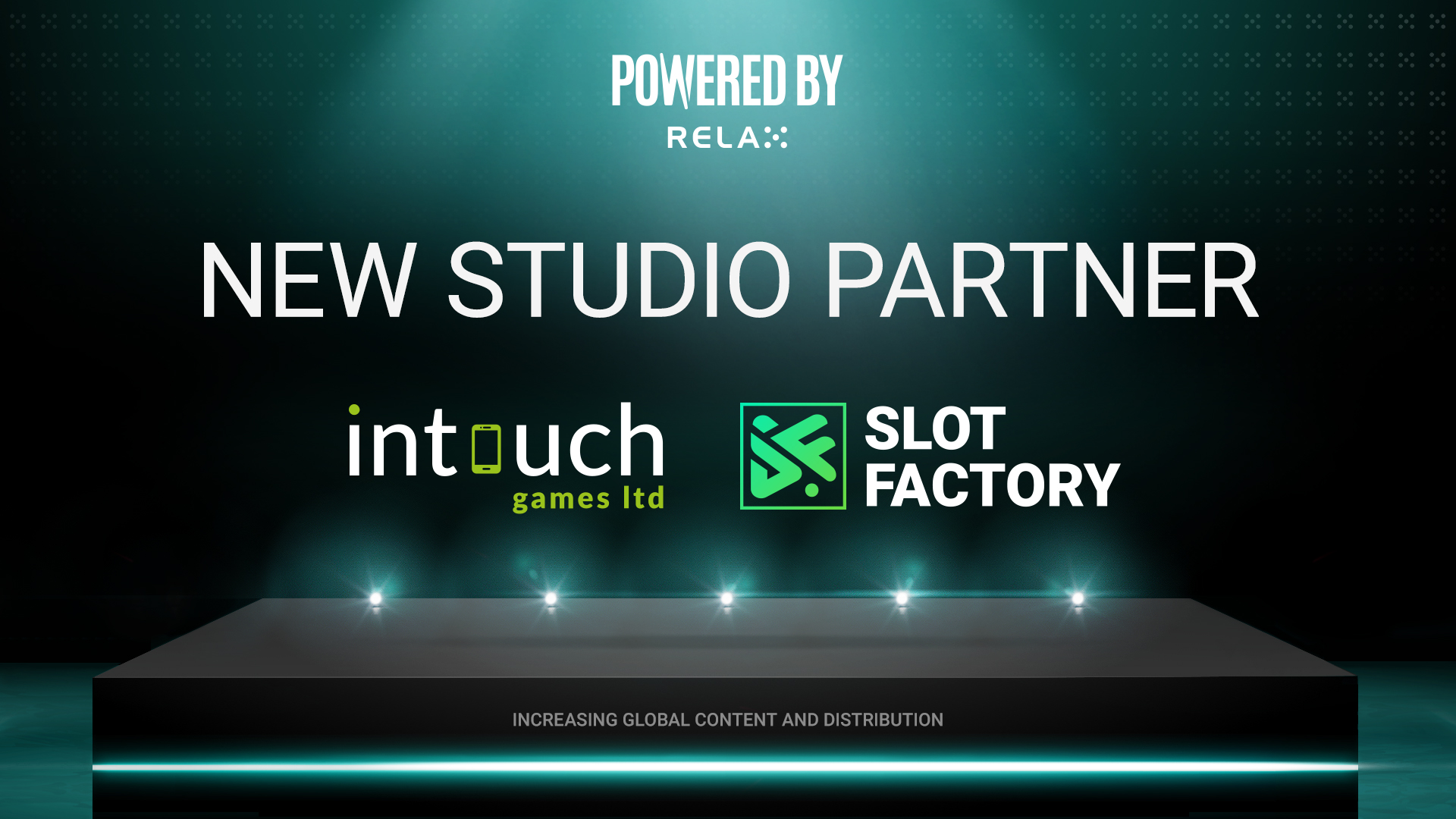 1st March - Relax Gaming, the igaming aggregator and supplier of unique content, has agreed a Powered By Relax partnership with progressive slots developer, Intouch Games, to integrate its suite of titles.

The latest games studio to benefit from Relax Gaming’s unrivalled speed to market and technical excellence, Intouch releases as many as eight games a month aided by its 450-strong staff.

To ensure the highest quality, all the UK-based company’s games are tried tested on its own B2C sites before being distributed, meaning operators only get top-performing titles.

Its games such as Money Grows on Trees, Big 7 Slots and Fishin for Wins will now be available to an extensive distribution network featuring leading operators across the major European regulated markets.

With 85% of the developer’s traffic coming from mobile, the Powered By Relax platform is optimal for Intouch Games. It joins other recently added studios Spinmatic and Spadegaming as Relax continues to provide one of the most diverse selections of games available to operators.

Simon Hammon, Chief Product Officer at Relax Gaming, said: “With so much experience, both as a studio and an operator, we are delighted to partner with Intouch Games. The care and dedication their sizable team puts into crafting innovative games makes them the perfect Powered By Relax partner.

“This deal will allow them greater distribution to not only further raise their profile, but will help us in our goal to provide operators with the industry’s best content.”

Charles Mott, Global Head of Commercial, at Intouch said: “We chose Relax due to the sheer breadth of coverage they allow us. The company’s list of operators is one of the best in the market and the professionalism, organisation and ease with which we have been able to integrate has been second to none.

“We are also incredibly excited by the growth plans for the coming months, we see Relax as the ideal partner to take us to the next level.”

This was preceded by 10 other awards throughout 2021 with more nominations already secured pending the winners’ announcements.