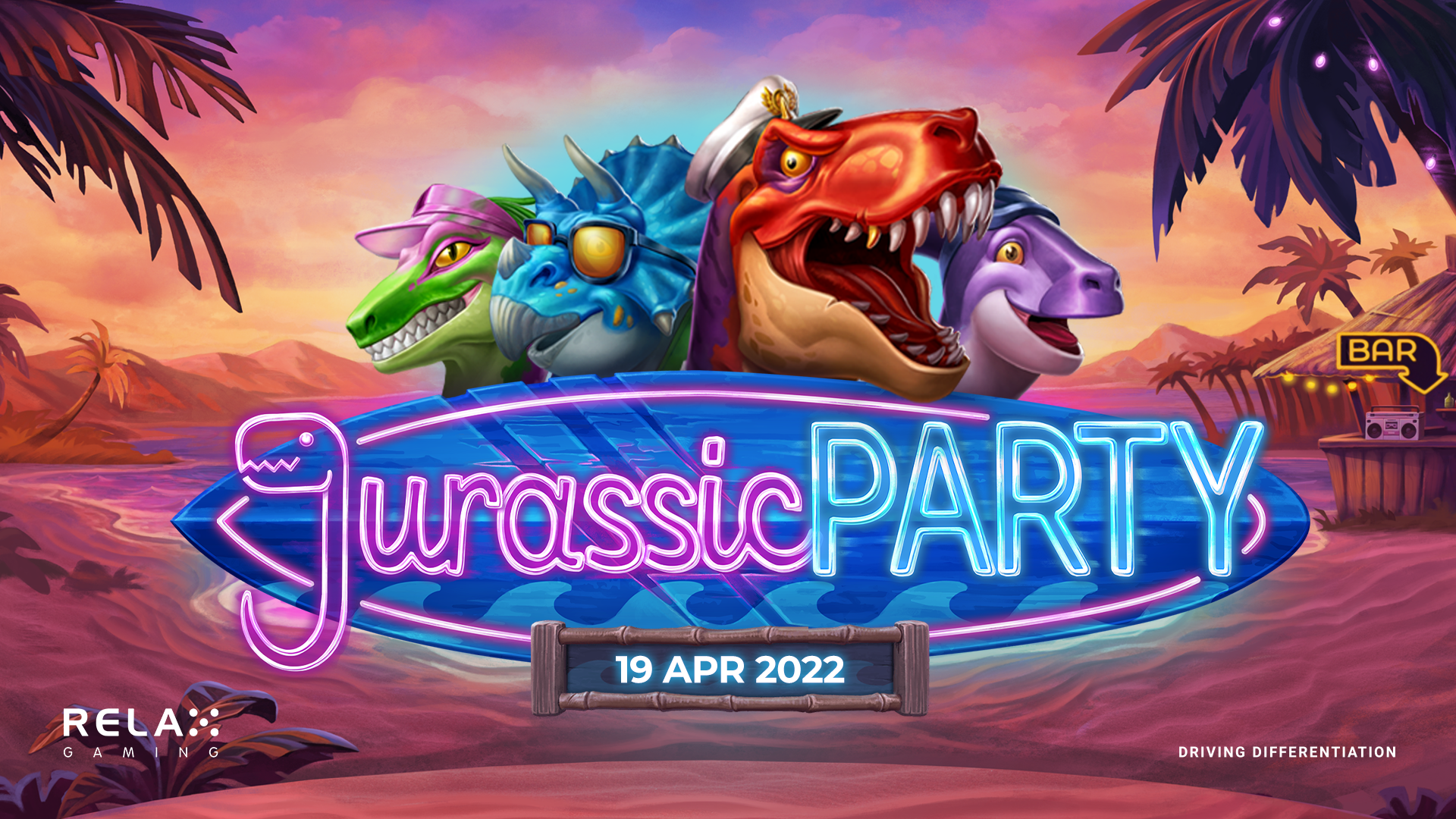 19th April 2022 – Relax Gaming, the igaming aggregator and supplier of unique content is transporting players back to the Jurassic era for the wildest party of the last 65 million years.

Jurassic Party is a high volatility 7x7 cluster pays slot that boasts a whole host of lucrative bonus features and mechanics including a Combo Feature Free Spins and Combo Feature Re-Spins that can see players win up to 20,000x their stake.

The Combo Feature Re-Spin triggers whenever two scatter symbols are present on the reels at the end of a spin. A re-spin will automatically trigger with a minimum of two features randomly awarded.

Should players wish to increase their chances of winning big-money prizes they can opt to activate the Mega Bet for 50% of their regular bet amount. This sees players receive one additional feature when the Combo Feature Free Spin and the Combo Feature Re-Spins are triggered.

Alternatively, players in approved jurisdictions will be able to jump right into the bonus feature by activating the Buy Feature, which takes them straight into the action.

Commenting on the release, Simon Hammon, Relax Gaming CPO, said: “I predict that this quirky dinosaur-themed title is going to be yet another huge hit with players and operators alike.

“We’ve built a strong reputation for ourselves as a forward-thinking studio that consistently creates visually stunning games packed with memorable characters and incredible features. Jurassic Party will be another stellar addition to our ever-growing portfolio.”