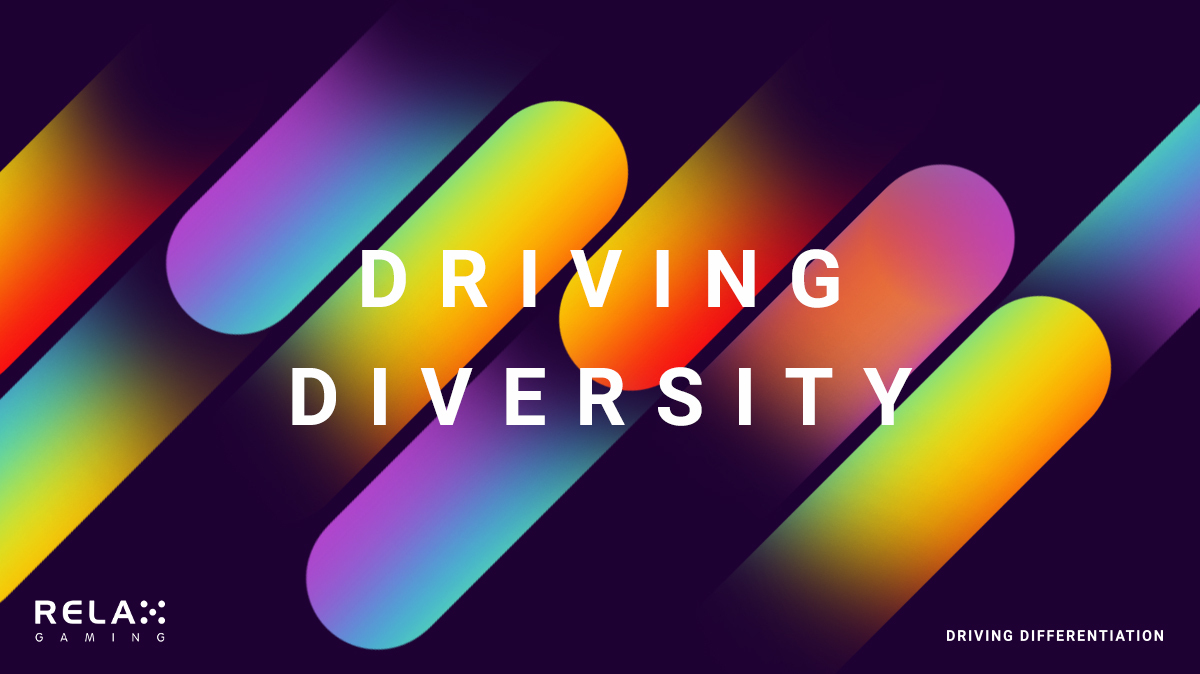 Pride month celebrates identities, individualities and diversity, qualities that Relax Gaming not only embraces but stands for. This month we hear from 4 of our colleagues; Office Manager Sandra Edstrom, Game Developer Alex Rooth, a colleague who would like to remain anonymous, and Developer Robin Svensson who shed some light on the LGBTQIA+ community, pride month, and their experience at Relax.

Sandra: Pride Month commemorates a problematic time for homosexuals, and is a truly important period in my eyes. Having the chance to encourage people to learn more about LGBTQIA+ and to uplift the community is vital to keeping awareness alive and helping communities progress. It’s also important to celebrate how far we’ve come and demonstrate the worldwide support of LGBTQIA+ rights.

Anonymous: As I’m relatively new to the community, I still have lots to learn about the history, but I have read about Stonewall. This was an establishment that catered primarily for the queer people living in New York City. In 1969 police raided the inn, which led to a mass protest and became a crucial part of the gay rights movement story. The way I see it, every month is pride month so long as you're with the right people.

Robin: To me, the Pride Movement can be simplified into one goal - that everyone should be treated and seen as equals regardless of sexual orientation and gender identity.

Alex: The history of Pride Month should never be forgotten, without the first protest, we wouldn't be where we are today.

Alex: When I started working at Relax Gaming I immediately felt that I had found my place. I was welcomed with open arms and felt free to be whoever I wanted. 5 years on and it's clear that this workplace has shaped me into an improved version of myself.

Sandra: The reason I applied for a job here at Relax was because of its wonderful atmosphere. To be accepted regardless of race, ethnicity, age, gender, religion, sexual orientation, gender identity, gender expression and other diverse backgrounds was a quality I treasured from day one.

Robin: I joined the company for other great reasons, but I have found that sense of belonging and have always been treated the same as everyone else.

Anonymous: Although openness to diversity isn't something I considered, it was something I expected. I knew my boss before joining the company and so I had a vague idea of what working here would be like. I am happy to report that my presumptions were on point and the work culture at Relax is nothing short of warm and accepting!

Alex: I recently participated in a TV show where I lay my cards on the table and really opened up about who I am. When hearing this, my colleagues set up a screening at work, and I received so much support for it, I truly felt that at this company I could be whoever I wanted to be.

Anonymous: In my case, my family back home are not aware of my sexuality, but my colleagues at Relax are. This gives me a comfortable space that I’m happy to walk into every morning and makes day-to-day life that much better.

Robin: I can't recall any specific instance where my sexuality has been embraced or welcomed in any particular way, and that brings me joy since I wouldn’t want to be treated differently just because of my sexuality. At Relax I feel as welcome as anyone else!

Sandra: I think we are all treated equally at Relax and I never felt or heard that anyone has been discriminated against based on their sexual orientation or gender.

Robin: I think everyone can do their bit, no matter their orientation or walk of life. Raising awareness about issues in parts of the world where homosexuality and other identities aren't as accepted is a good start. For example, the hardships experienced by homosexuals (and other identities) in the Middle East, the use of water cannons on people celebrating pride in Turkey, and the unfortunate situation in Russia, where dystopian laws prohibit non-traditional sexualities and perceive them as criminal propaganda. Sharing articles and writing on social media may feel futile but in reality, it can help to put pressure on these areas and push for a better tomorrow.

Anonymous: I think being supportive and an avid listener is a great asset to have as a friend of an LGBTQIA+ individual. There is a widespread belief that since we live in an open-minded society, people are accepted by default. However, there are still nuances that people miss. Being an ally starts with understanding the various identities and sexualities between people, enough to decipher harmful stereotypes and actively engaging in stopping them. It is not simply a mindset of accepting everybody, it also requires tangible action.

Alex: What I look for in an ally is for them to speak up when they hear critiques of Pride and use their voices on social channels by sharing related material. Attending the Pride parade to physically show their support also means a lot, every little effort truly makes a big difference to the community.

Sandra: In our industry, we’re in contact with many people around the world and we should take advantage of that kind of network by spreading awareness about the LGBTQIA+ community. Something as small as changing the logo on social media to one that demonstrates Pride or the wonderful Pride avatars that our Poker team created to exhibit Relax’s openness and support of the movement can have a huge influence on our audience. By sharing the message of pride we are saying that we are all equally valuable. Love more and hate less…

With that beautiful message we close off the month of June having a bit more understanding, a lot more respect, and renewed motivation to continue educating ourselves on the LGBTQIA+ community. We hope that others across the industry as well as in other fields and in their homes feel free to express themselves and live their truth. For more information on the community, its history and why it matters, visit: www.pride.com

Looking to make a career move? Regardless of race, ethnicity or sexual orientation, there’s a place for you at Relax Gaming, find our open vacancies here: https://relax-gaming.com/careers/