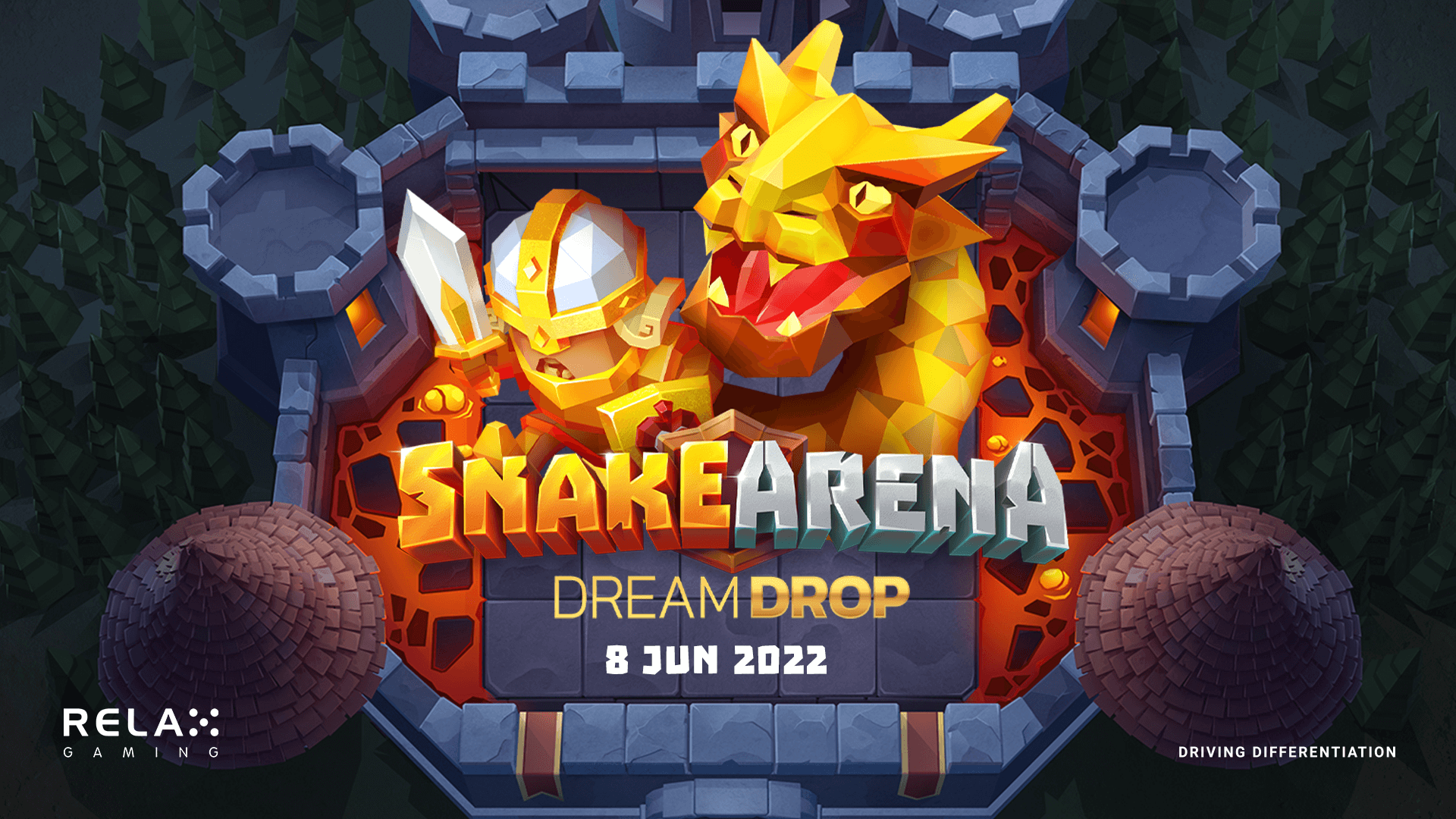 Wednesday, 8th June 2022 – Relax Gaming, the igaming aggregator and supplier of unique content, is once again bringing the legendary Snake Arena back to life, in an epic battle between knights and a giant serpent, this time in Snake Arena Dream Drop.

Since its release in 2020, Snake Arena has proven to be a huge fan favourite, going from strength to strength with players across every market. To add to this, fans are now given the opportunity to land five Dream Drop symbols in the Jackpot Spin and enter the Dream Drop Bonus.

With Relax’s revamped version, a giant wheel listing five different jackpots will appear on the display, setting them up with the chance to add jackpot prizes to the game’s entertainment value.

The fiery 5x5, 30 fixed payline slot immerses players in a battlefield where brave knights go head-to-head with a slithering serpent, creating a high-volatility gaming experience with wins of up to 2758.8x bet.

The snake and knights represent wilds and activate the Free Spins round if both symbols land simultaneously. During the round, the snake chases the knight and grows in length at every catch until it runs into its own body, bringing the Free Spins to a halt.

Lucky players who succeed in defeating the snake are awarded the maximum win of an additional 1000x their bet.

With an RTP of 94%, Snake Arena Dream Drop is packed with innovative mechanics to ramp up the excitement levels, including the Wild Chase feature, which occurs randomly in the gameplay and triggers the battle mode, transforming the entire reel into a wild.

Commenting on the launch, Simon Hammon, Chief Product Officer at Relax Gaming, said: “Snake Arena was designed from the ground up to get hearts racing and now with the addition of our innovative Dream Drop Jackpots we have made this game a truly thrilling experience.

“Our new jackpot has performed fantastically since its launch, and Snake Arena Dream Drop is feature-rich, offers immersive gameplay and is a testament to the quality in game development that Relax Gaming’s proprietary catalogue is well known for.”

Established as one of the industry’s leading B2B suppliers, Relax Gaming has been nominated in an outstanding nine categories in this year’s EGR B2B Awards, with a host of other nominations across the CasinoBeats Developer Awards.