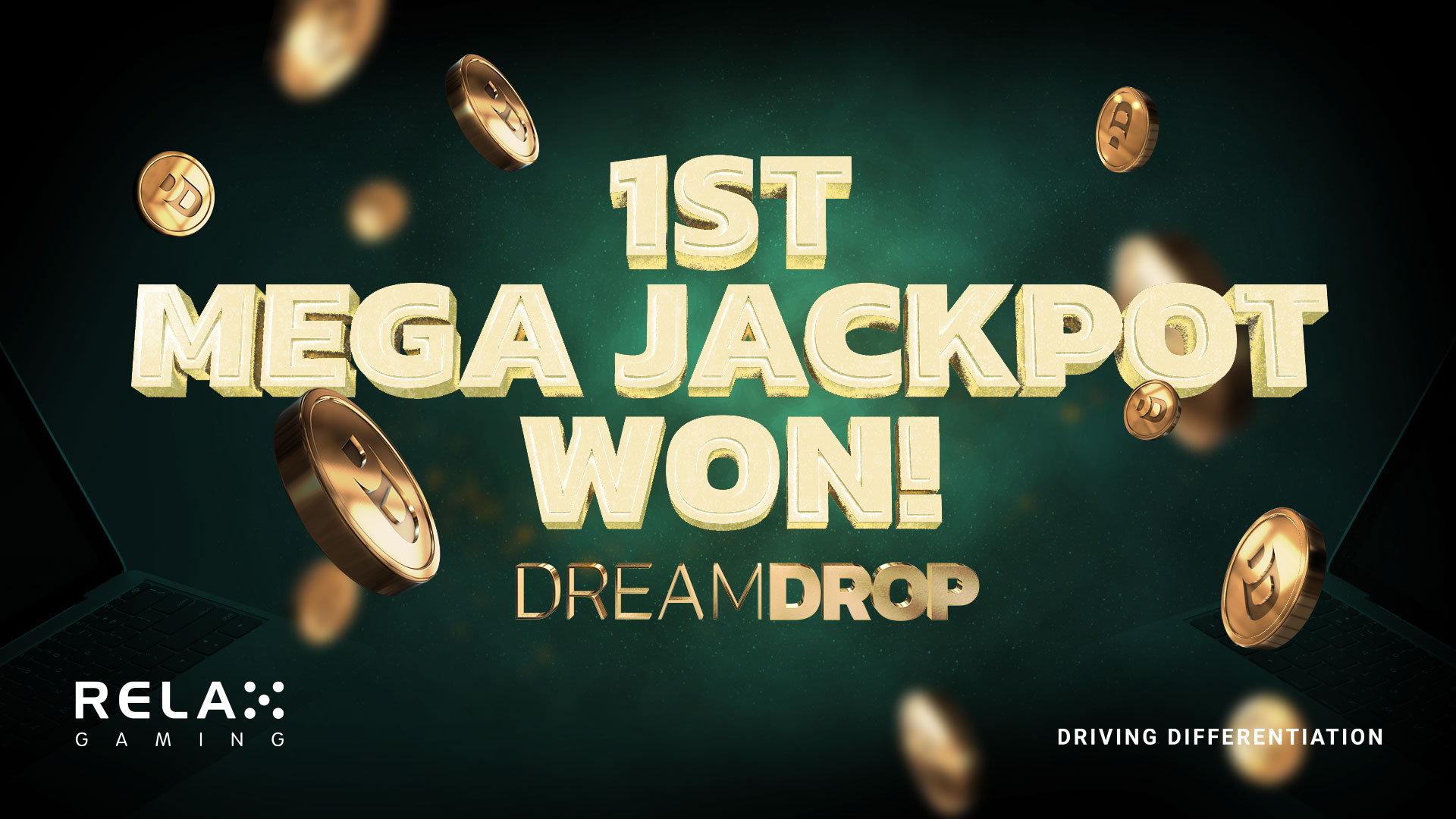 The Mega Jackpot is the largest of Dream Drop’s five prizes with the other four being Rapid, Midi, Maxi and Major. Between the five categories, there have been more than 330,000 individual winners to date, including an impressive twelve Major jackpots and now the Mega.

The largest must-win jackpot to date, the product was unveiled in late March with an impressive launch campaign, which has seen Relax Gaming rack up the wins with one of the year’s hottest products.

Dream Drop has so far been added to Relax Gaming’s Temple Tumble 2 and Snake Arena and will also feature in a wide range of leading titles from the company’s award-winning catalogue by the end of 2023.

Simon Hammon, Chief Product Officer at Relax Gaming, said: “It’s a massive understatement to say we are delighted about this announcement. It’s gratifying to release a product that guarantees a huge payout and to live up to that promise.

“This kind of win adds to the excitement, anticipation and escapism that players look for in our products and we can’t wait to see how this impacts the continued uptake of our games that feature the jackpots.”

Matthew Piscopo, Chief Product Officer at Videoslots, said: “Videoslots is super excited for the lucky customer, and we really hope they have great fun spending their winnings. We’re also delighted to be the first casino to play host to a Mega Jackpot winner, thanks to our great friends at Relax Gaming whose content is always well-received by our players.”

Established as one of the industry’s leading B2B suppliers, Relax Gaming was recently named Best Mobile Gaming Software Provider at the prestigious EGR B2B Awards and Best Game Provider at the AskGamblers Awards. On top of that, the company has consistently enjoyed myriad other industry awards and nominations this year.

In total, Relax Gaming provides more than 3,000 online casino games, from its high performing proprietary slots to a significant, varied library of content from hand-picked third-party studios via its partnership programmes.

Powered by its own proprietary platform, Videoslots prides itself on its ability to provide players with the most varied, exclusive selection of exciting releases from the industry’s biggest names. The casino currently has over 7500 unique games available for its customers.