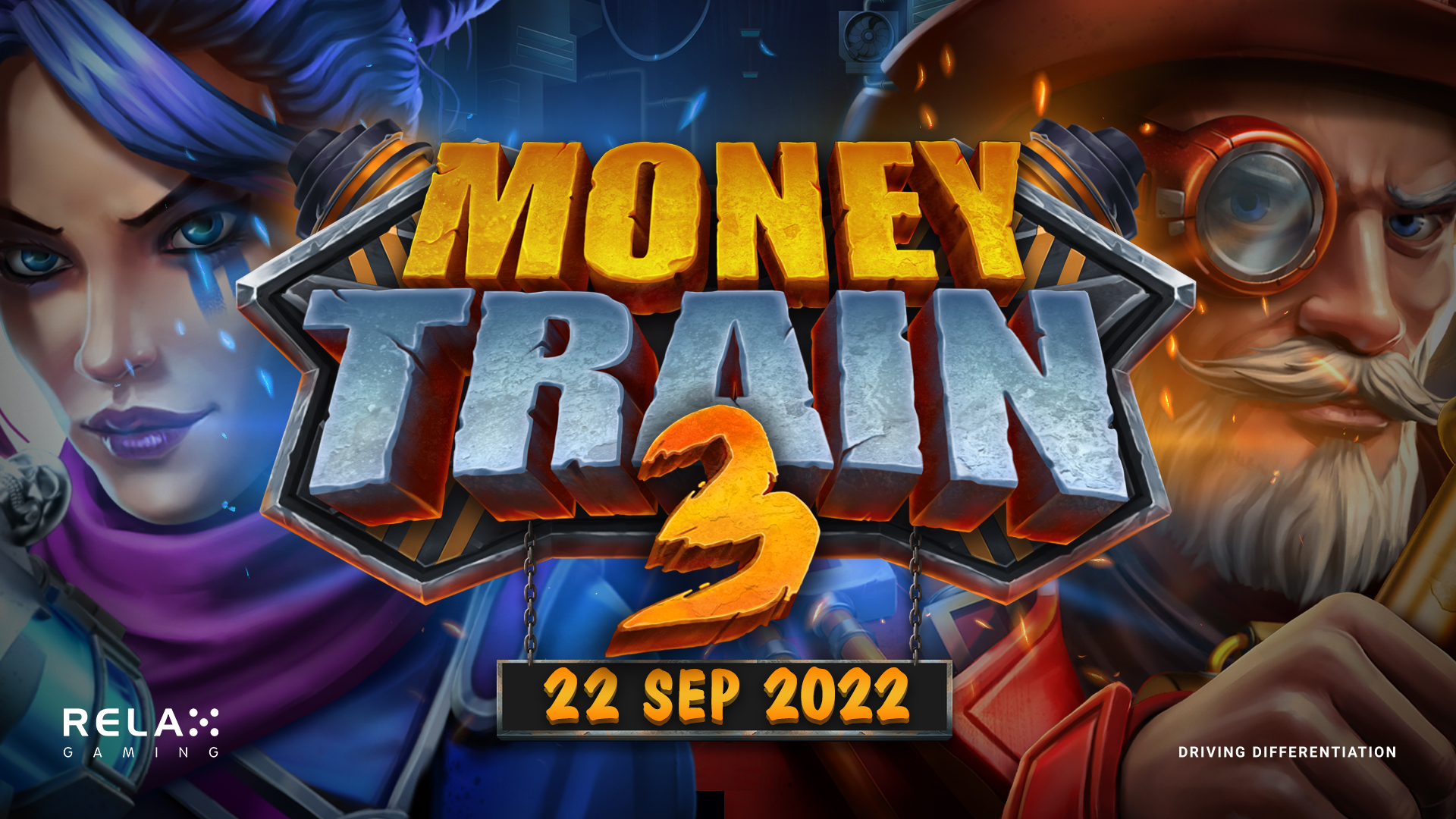 Relax Gaming, igaming aggregator and supplier of unique content, has launched Money Train 3, one of the industry’s most anticipated releases to date.

The action-packed, high volatility slot marks the latest addition to the celebrated franchise, boasting an incredible maximum payout of 100,000x stake and offering an exhilarating player experience like no other.

The four main characters – Collector, Sniper, Necromancer and Collector-Payer – are back aboard the train in this steampunk-inspired thrill ride across an iconic post-apocalyptic landscape.

The legendary foursome bring with them a host of brand new features to get the job done. These include Persistent Shapeshifter, which transforms into any feature on each spin, the Absorber, which soaks up all multipliers and adds them to itself, and the Tommy Gun, held by the Payer or Sniper and targets one symbol type before adding to its value.

Players are also set to encounter the much-loved Money Cart Bonus Round that helped to make Money Train 2 an industry blockbuster.

This time, The Money Cart bonus round is triggered by landing three or more bonus symbols anywhere on the reels. Once the bonus round starts, the symbols that trigger the feature will reveal a value that is displayed as a multiplication of the bet and awards three spins.

Meanwhile, the Respins feature can be triggered at the end of any spin without a win. One of the symbols already present on the reels will be selected randomly to be sticky and a re-spin is awarded.

Simon Hammon, CEO of Relax Gaming, said: “Due to the resounding success of the Money Train series, we knew we had a huge task on our hands to ensure this game delivered on the promise of past instalments and I’m delighted to see we have succeeded in that endeavour.

“We listened intently to player and operator feedback and the result is a game with a unique soundtrack and intuitive gameplay that has moved the dial even further in terms of engagement.”

Established as one of the industry’s leading B2B suppliers, Relax Gaming was recently named the Best Mobile Gaming Software Provider at the prestigious EGR B2B Awards and the Best Game Provider at the AskGamblers Awards. On top of that, the company has consistently enjoyed myriad other industry awards and nominations this year.