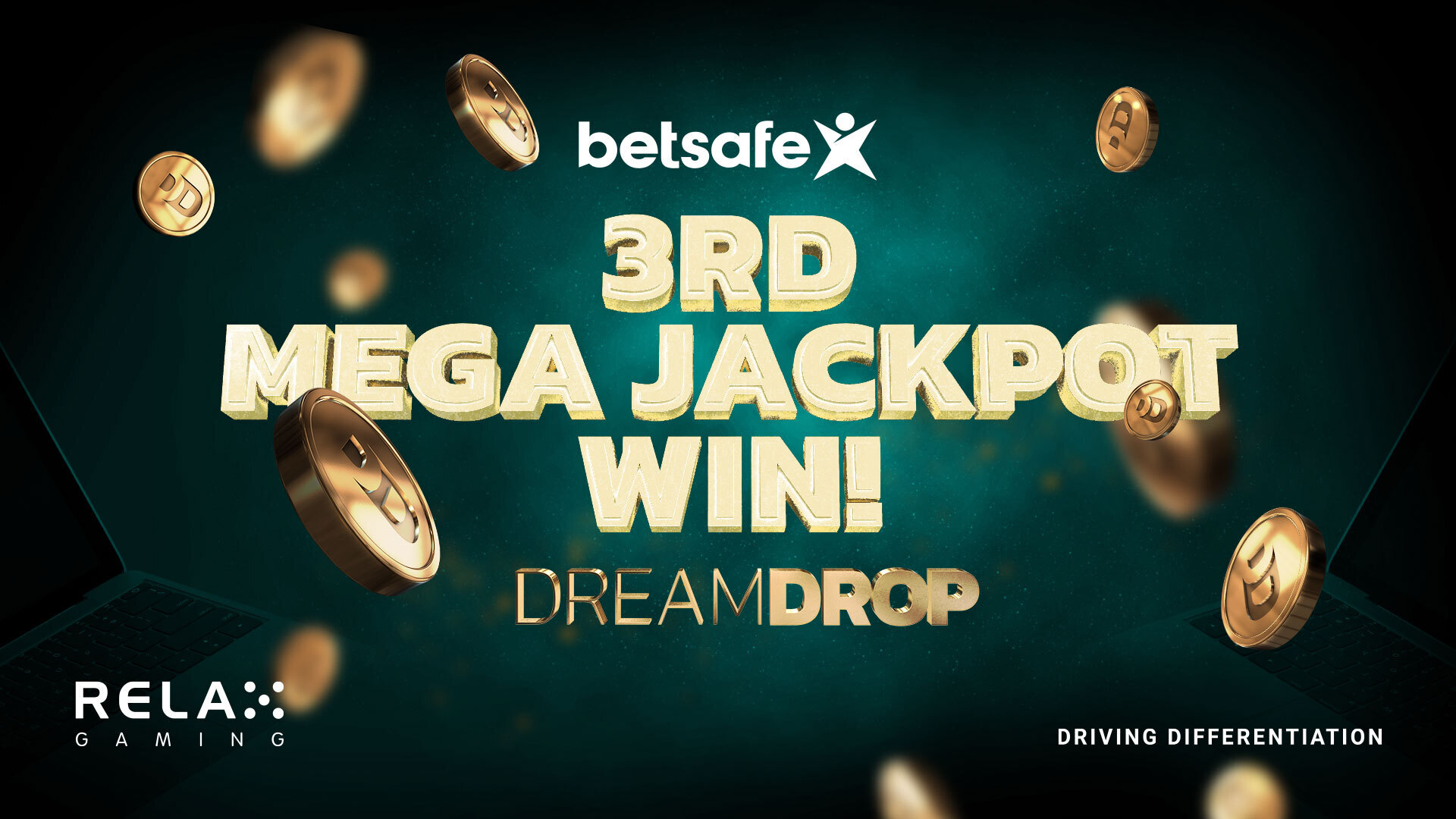 Relax Gaming, the igaming aggregator and supplier of unique content, has announced the third Mega win from its innovative Dream Drop jackpots, released earlier this year.

The Mega Jackpot is the largest of Dream Drop’s five prizes with the other four being Rapid, Midi, Maxi and Major. Between the five categories, there have been more than 820,000 individual winners to date, including an impressive 33 Major jackpots and now three Mega Jackpots.

Most recently, the jackpot has featured in the company’s Neko Night and TNT Tumble slots releases and will also be included in a wide range of titles from the company’s award-winning catalogue by the end of 2023.

The largest must-win jackpot to date, Dream Drop was unveiled in late March with an impressive launch campaign, which has since seen thousands of players rack up the big wins playing what’s highly considered to be the hottest product of the year.

Phil Lam, Director of Gaming Performance at Betsson Group, said: “The innovative series of games featuring the Dream Drop jackpots have been a welcome and refreshing addition to our catalogue and we’re delighted to see the third Dream Drop Mega jackpot won via one of our brands.

“It’s made one lucky player in Ireland very happy, and we can’t wait to see what comes next from Relax Gaming!”

Nadiya Attard, CCO of Relax Gaming, said: “We’re delighted to see that Dream Drop has kept up the momentum that it started with and continues to make our games an exhilarating experience for players across a wide range of demographics.

“Even though Dream Drop shows no signs of slowing down, we have some plans in the pipeline to add to this excitement even further. I won’t say much more than that now, but watch this space!”

Established as one of the industry’s leading B2B suppliers, Relax Gaming was recently named the Best Mobile Gaming Software Provider at the prestigious EGR B2B Awards and the Best Game Provider at the AskGamblers Awards. On top of that, the company has consistently enjoyed myriad other industry awards and nominations this year.