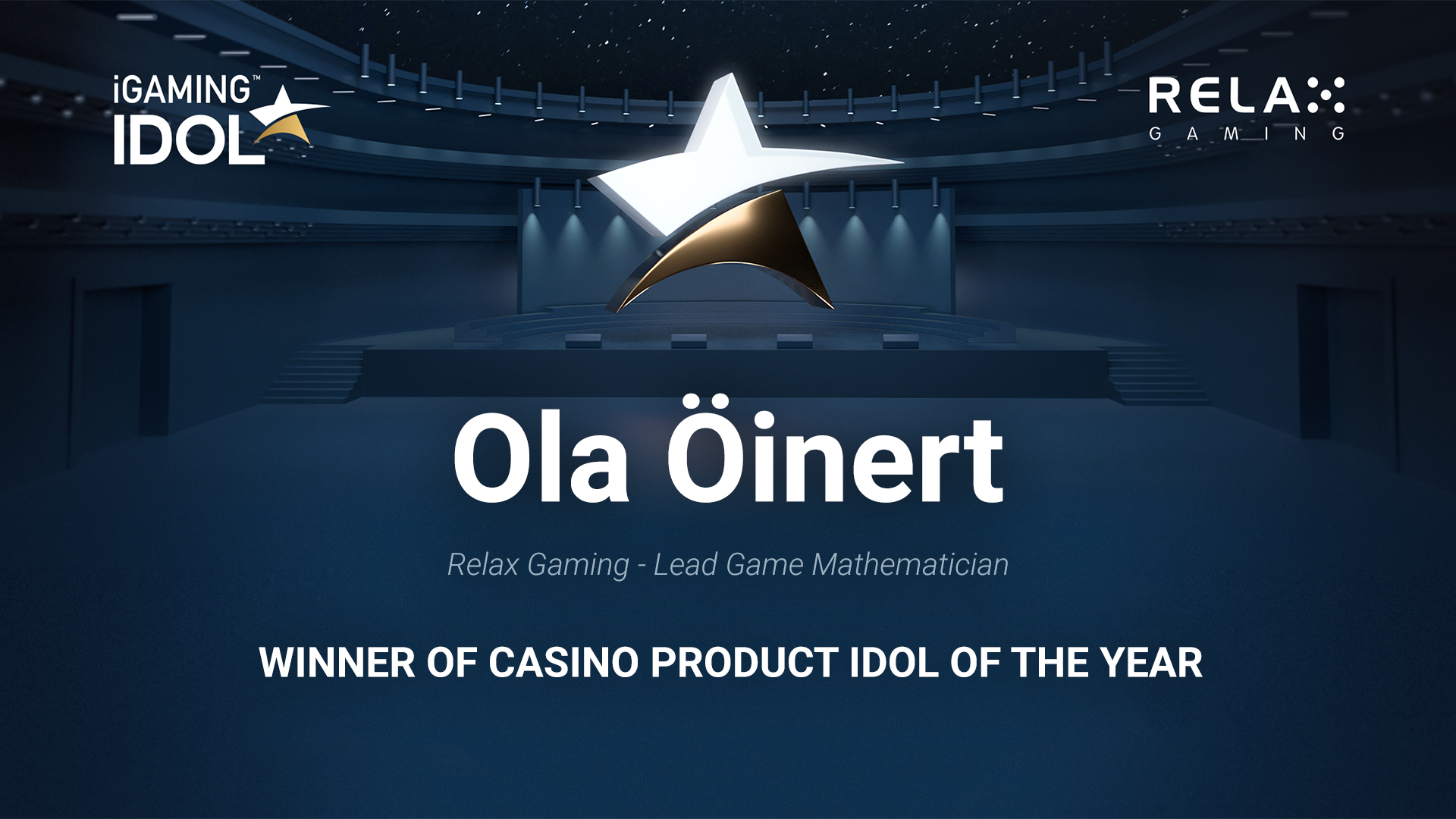 It’s an exciting time for Relax and even more so for our Lead Game Mathematician,Ola Öinert, who was named the Casino Product Idol of the Year at iGaming Idol last week! Back in 2019 Ola laid the mathematical foundations of our record-breaking Money Train series and to this day, his efforts are exemplary of our drive for differentiation. This week we sat down to hear about his background and the journey that lead to the monumental game series which made its mark not only on Relax, but the industry at large.

Congratulations Ola! We’re thrilled to see your efforts acknowledged in this way. Tell us about your background, can you walk us through the experiences that led you to where you are today?

My passion for gaming started at a young age and only grew over time. When completing my master's degree in Engineering Mathematics, I looked to turn my hobby into a career and played online poker full time for a living. As enjoyable as that was, a few years later I was craving the social aspect of being part of a team and began looking for a career with more stability and regular hours. At first, I struggled to find a role that appealed to me; I wanted something that challenged me and matched the thrill that professional poker provided.

After months of searching, I finally stumbled upon a role description for a Gaming Mathematician position at Netent, I had no idea that a position so perfect for me existed! The post specified loving poker and maths, particularly probability theory and combinatorics - my favourite branches of mathematics. So I quickly applied and found my way into the business of the gambling world, a decision that changed my life.

Almost a decade later, I was approached by Relax for the role of Lead Game Mathematician in Malmö. I had followed their work for some time and jumped at the opportunity to form part of their team - 5 years down the line and the rest is history!

What has been your biggest achievement to date?

Being part of the production team behind the Money Train sequel is definitely up there on my list of achievements and I feel that the iGaming Idol award came off the back of this. The core mechanics of the games derived from a work trip to Las Vegas, We picked up on the popularity of ‘Hold and Spin’ slots and recognised key ways of improving them right off the bat. I bounced some ideas off the team, such as adding special symbols, like Payer and Collector, which act on all symbols without any limitations, and that was the start of the record-breaking math models that we know today. Now that we’re able to see the fan community that has built up over the years, and the impressive launch numbers of the third installation, the project fills me with pride; it’s incredible to see how far we’ve come!

Thank you for that candid walk-through of your passions and background, we’re fortunate to have talented individuals like you pulling on the same rope as Relax. Moments like these allow us to reflect on our progress as a company and the distance we’ve covered in such a short amount of time. Congratulations once again on this brilliant achievement!