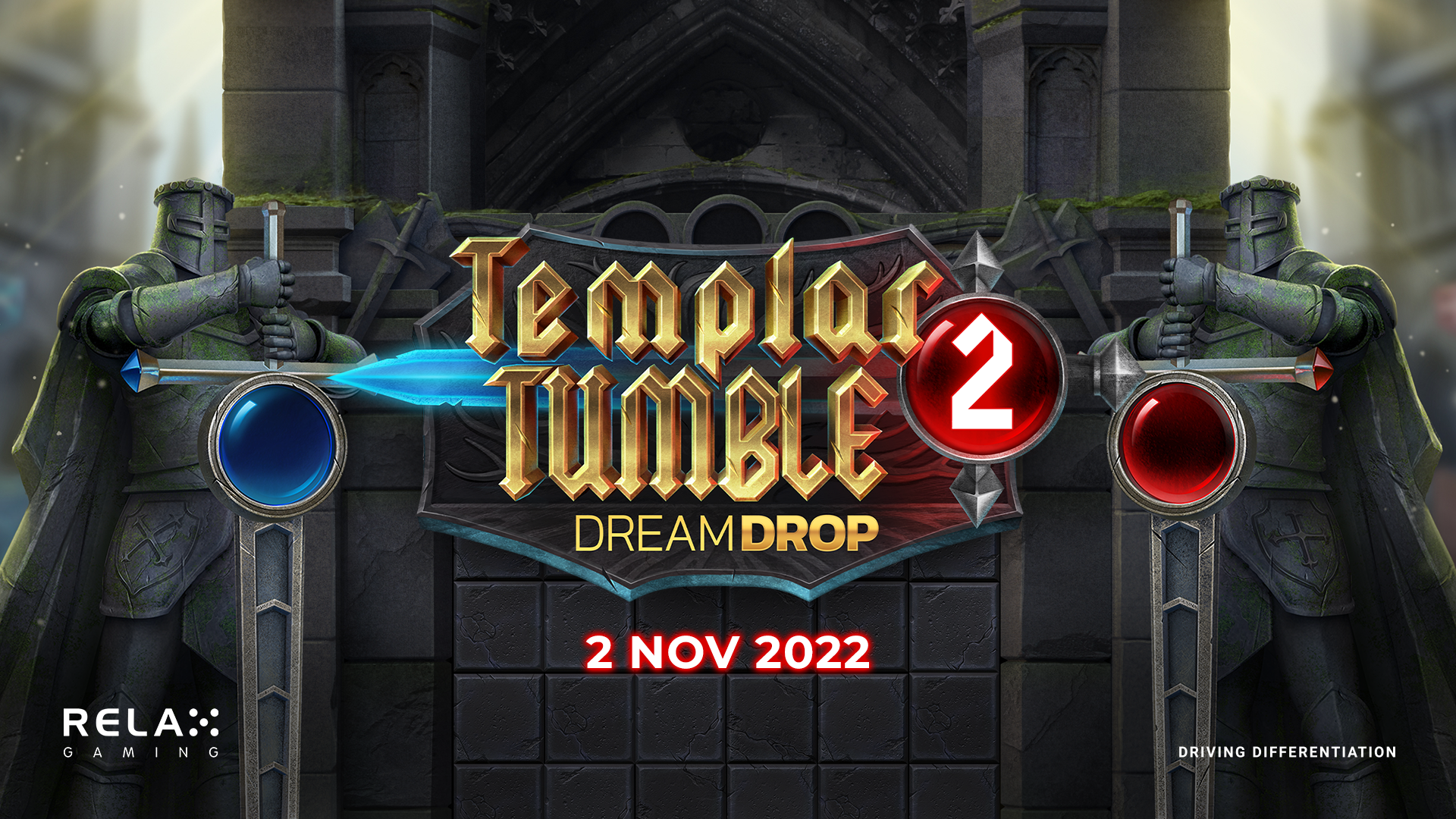 – Relax Gaming is inviting brave knights to take up arms and prepare for a crusade in its latest slot release Templar Tumble 2 Dream Drop.

In the base game of this sequel to the popular Templar Tumble, symbols and blockers can be framed in red or blue, featuring divine multipliers and mystery symbols respectively. Every five marked symbols destroyed in the 6x7 slot will activate deeper levels of the feature, contributing to a collection meter that is transferred to Free Spins.

The Win Multiplier and Mystery Reveal features are awarded at the end of every spin during Free Spins and the collection meter does not reset between spins.

However, true honour is gained in the Jackpot Spin, which is randomly triggered and can lead to spoils beyond the player’s imagination.

When activated, the Jackpot Spin is played as an additional spin, with only stone blockers and Dream Drop symbols on the reels. The Dream Drop Bonus is triggered when landing six DD symbols in the randomly triggered Jackpot Spin.

Spins are played until one of the reels is filled by DD symbols, and the corresponding jackpot is won. The Holy Grail is hitting one of the five jackpots: Rapid, Midi, Maxi, Major or Mega.

Simon Hammon, CEO of Relax Gaming, said: “Our Tumble series has been an exceptionally strong performer, with Templar Tumble being a resolute fan favourite. Its sequel is set to continue in the same vein but with the added excitement of our Dream Drop jackpots to keep players engaged.

“Templar Tumble 2 Dream Drop has all the gameplay allure of its predecessors with a stylish new theme and features that fans old and new are going to love.”

Established as one of the industry’s leading B2B suppliers, Relax Gaming was recently named Casino/Slots Developer of the Year at the SBC Awards, Best Mobile Gaming Software Provider at the EGR B2B Awards and the Best Game Provider at the AskGamblers Awards. On top of that, the company has consistently enjoyed myriad other industry awards and nominations this year.