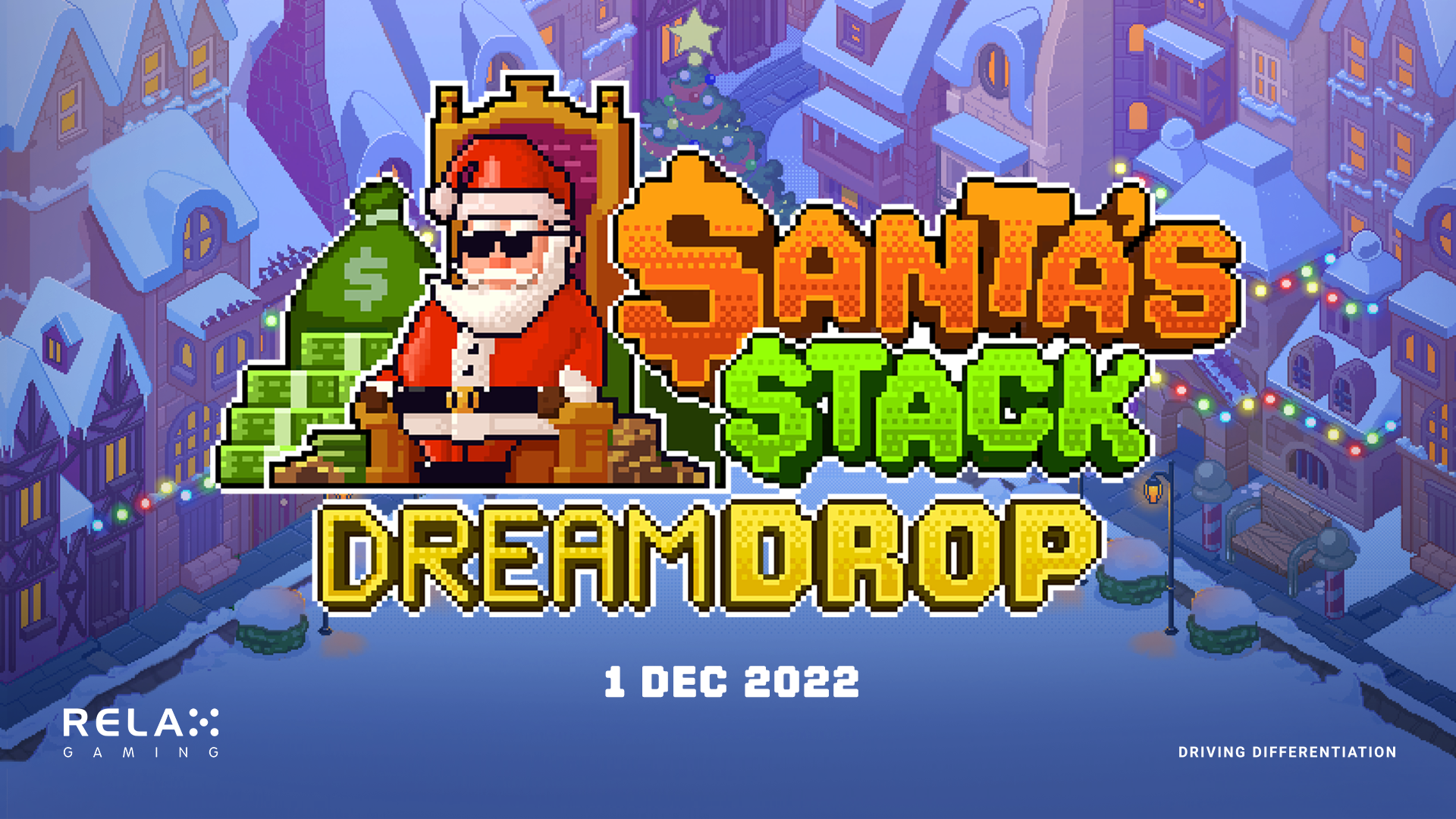 Relax Gaming, the igaming aggregator and supplier of unique content, has brought some early festive cheer to fans of high volatility gameplay with its latest release, Santa’s Stack Dream Drop.

Since its introduction earlier this year, Dream Drop has delivered millions of wins to lucky players and that’s set to continue during the holiday season with this lucrative follow-up to hit slot Santa’s Stack.

During base gameplay, players create wins by landing clusters of five or more matching symbols, with wilds, bonuses and the Secret Santa Respin Feature helping them along in this 8x8 retro-style winter wonderland.

Every time a win occurs adjacent to the previously formed Mystery symbols, the new winning cluster also converts into Mystery symbols and awards an additional Respin.

Simon Hammon, CEO at Relax Gaming said: “We hope combining the excitement of our Dream Drop jackpots with the beloved Christmas cheer of Santa’s Stack will result in the kind of joyous experience everyone needs this year.

“Set against an engaging retro winter wonderland backdrop, I can assure players and operators alike that Santa’s Stack Dream Drop will be the gift that keeps on giving this holiday season!”

Established as one of the industry’s leading B2B suppliers for 2022, Relax Gaming was recently named the Best Mobile Gaming Software Provider at the EGR B2B Awards, Casino / Slot Developer of the Year at the SBC Awards, and Best Game Provider at the AskGamblers Awards.