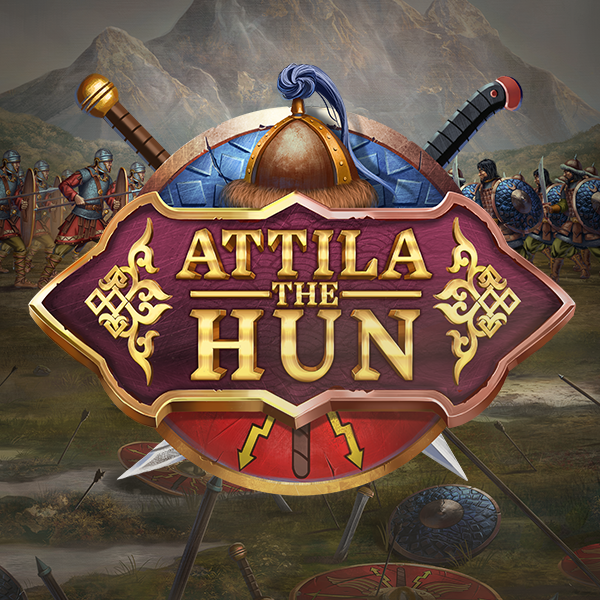 The brutal battle between the Huns and Romans is about the take place. Attila, the cruel ruler of the Hunnic Empire, is attempting to ravage Rome, sweeping terror through the nation.

With 6 feud features, this ancient rivalry gets a lot more interesting. Landing a Hun or Roman Wild triggers Respins, where Wilds are both sticky and walking. When opposing Wilds come face-to-face, the Small Battle Free Spins round breaks out, with a 2x2 Wild. If Attila and Aetius enter the battlefield, 2-15 Wilds are shot at he reels and Walking Wild Respins begin.

If, however, one of the generals triggers Respins in the Base Game and the character's opposing leader appears, then a Bit Battle Free Spins round erupts, with a 3x3 Wild that is worth its weight in gold. So prepare for battle, your game could go down in history!