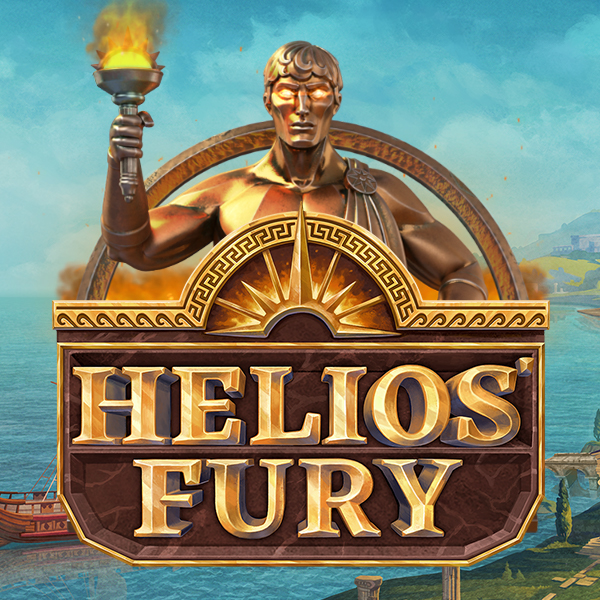 Rhodes is under attack and Helios’ statue has awakened in rage. Players join in the fight of flames to save a city worth 50,000x their bet.

In the Base Game, wild warships sail across the bronze waves each time they’re involved in a win - steering to the right and leaving re-spins in their wake for as long as wins keep rolling. When a win occurs involving a wild on reel 5, the warships are shot down and Fury Free Spins is unlocked, awarding 6 spins and 2 additional rows. The battle begins with a wild ship strategically positioned in the middle of reel 1.

Wild war ships rush in as reinforcements during Fury Free Spins and lock in place until the feature is over, each awarding an additional spin. When a win includes a wild, all wilds involved sail to the right until they reach the hot spot, initially located on the last reel of each row. When the hotspot is reached, another additional free spin is awarded and the hot spot moves one reel to the left until the row contains only wild symbols and Rhodes is victorious!

Stand with Helios in battle, this bronze god brings nothing but gold. 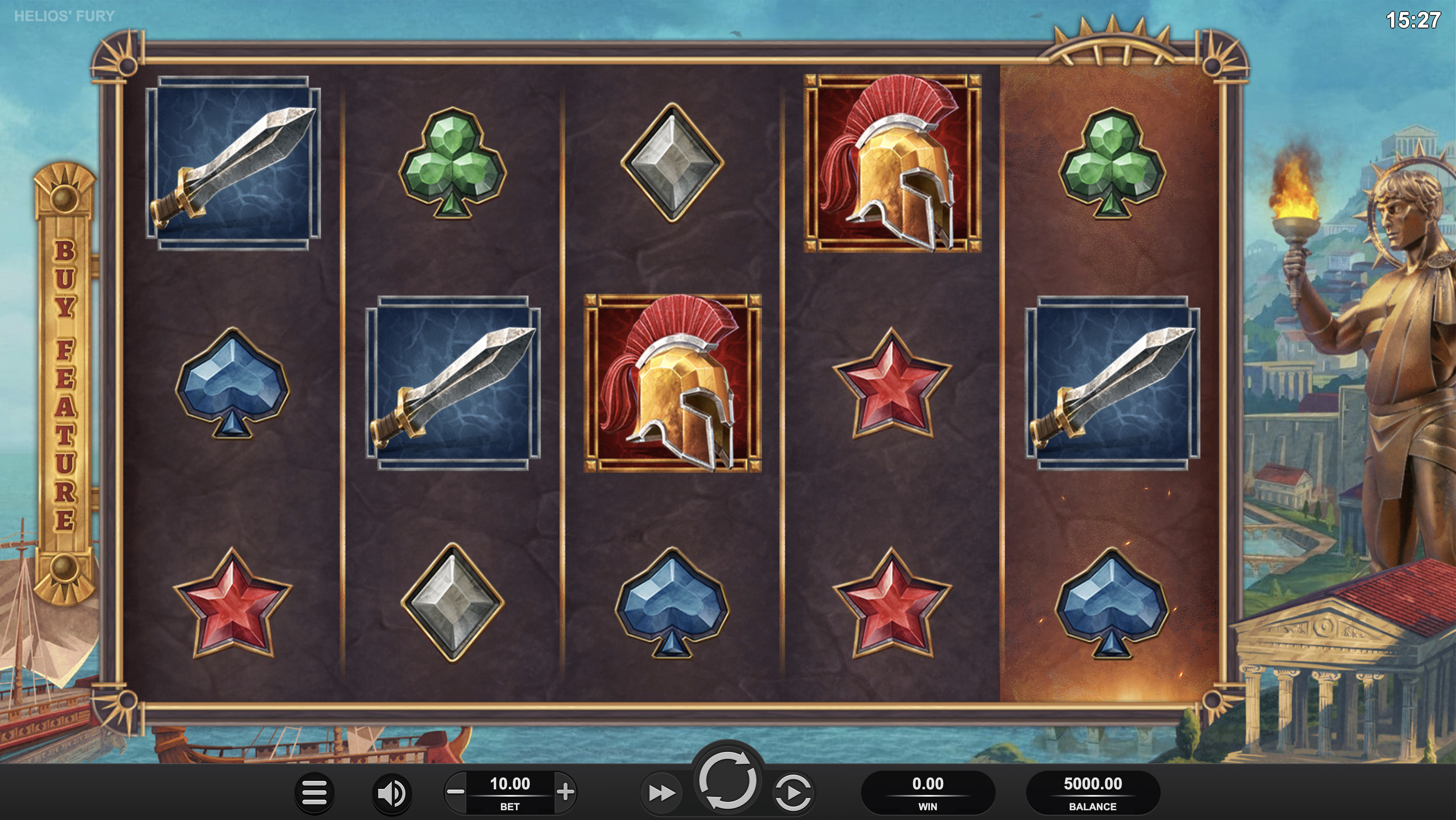